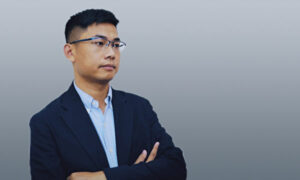 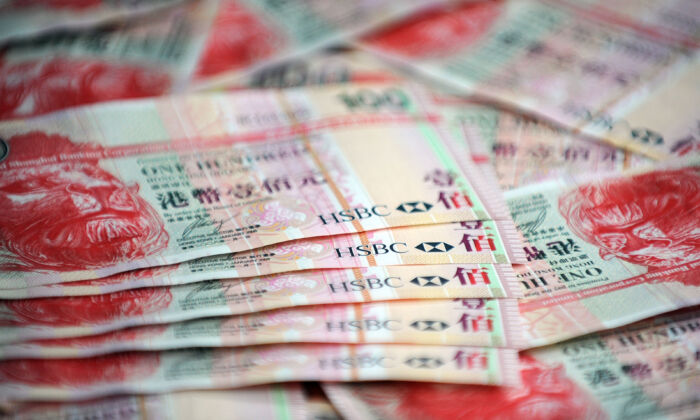 A Hong Kong couple was recently indicted for allegedly violating the Money Laundering Control Act in Taiwan, after being accused as Chinese spies by a defected Chinese military intelligence agent in 2019.

Xiang Xin, CEO of the Hong Kong-based China Innovation Investment Ltd. (CIIL) and China Trends Holdings Ltd., and his wife, Kung Ching as the alternate director, were charged with money laundering by the Taipei District Prosecutors Office (TDPO) on April 8, being suspected of remitting illicit money to banks in Taiwan to purchase luxury homes.

These are the first charges against the couple since November 2019, when self-claimed Chinese spy Wang “William” Liqiang who defected to Australia, claimed that Xiang and Kung were his former bosses who hired him to interfere with Taiwan and Hong Kong affairs.

According to a press release (pdf) of the TDPO, Xiang and Kung received HK$203 million (about $26 million) in illegal funds in February 2016 from Shanghai-based company Guotai Investment Holding (Group) Co. Ltd. Both parties agreed that CIIL and China Trends Holdings would later invest in Guotai’s subsidiaries, attaining the goal of laundering funds.

From the end of 2011 to April 2016, Guotai raised 40 billion yuan (about $6.1 billion) in China by soliciting gold leasing and other schemes through false advertising and fake financial statements, Taiwanese prosecutors alleged.

However, Shanghai authorities launched an investigation against Guotai’s fraudulent fundraising on April 5, 2016, and its executive, Xu Qin, was arrested and sentenced to life imprisonment.

Xiang and Kung then transferred the money to their bank accounts in Hong Kong and Taipei, before spending it on three luxury apartments in Taipei’s high-end Xinyi district.

Taiwan prosecutors requested the court to confiscate the properties in accordance with the Money Laundering Control Act, given their intention to conceal Guotai’s fraud money by diverting it into the listed companies in Hong Kong.

CIIL and China Trends Holdings issued a joint statement on April 8, claiming that Xiang and Kung had nothing to do with Guotai’s crime.

The two indictees are also under investigation for allegedly breaching Taiwan’s National Security Act, according to the indictment.

Following Wang Liqiang’s spying allegations against the Hong Kong couple, Xiang and Kung were stopped at Taiwan’s Taoyuan International Airport in Taipei on Nov. 24 as the two tried to leave the country.

In 2019, Wang confessed to the Australian counterintelligence agency in a sworn statement, alleging that Xiang and Kung were both intelligence officials with close ties to China’s military.

In a detailed statement previously provided to The Epoch Times, Wang said that CIIL functioned as a major front for the Chinese Communist Party (CCP)’s overseas espionage, including sabotage of the ongoing pro-democracy and anti-CCP protests in Hong Kong and election meddling in Taiwan.

Wang majored in oil painting and after his education, he began working for CIIL in 2014. Wang earned Xiang’s trust and entered the “inner sanctum” of the company by giving Kung painting lessons, which granted Wang wide access to insider knowledge about Chinese intelligence operations, according to Nine Network.

According to Wang, Xiang had changed his name from Xiang Nianxin to Xiang Xin before being sent by Chinese military officials to Hong Kong to acquire CIIL and investment company China Trends Holdings.

Chinese media reports from 2008 revealed that CIIL entered into several contracts with Norinco, a state-owned defense company sanctioned by the United States for allegedly selling missile technology to Iran.

Kung also worked for the China Defense Science and Technology Information Center, which is under the science and technology committee for the Central Military Commission.

Xiang and Kung denied ever meeting with Wang as well as the espionage allegations. CIIL also issued a statement on Nov. 24, 2019, renouncing Wang’s claim as a former employee of the company.