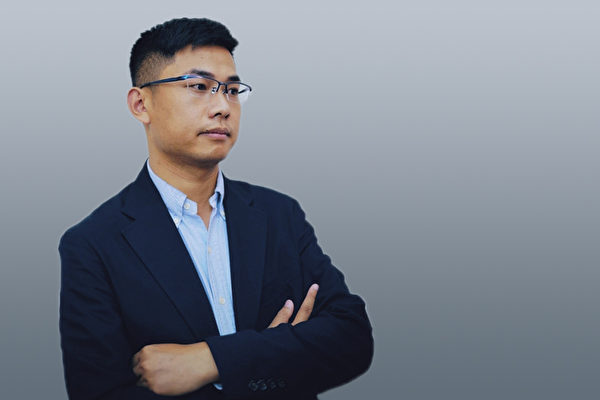 Wang Liqiang, a former Chinese spy, has defected to Australia and offered to provide information about his espionage work to the Australian government. (Courtesy of Wang Liqiang)
Chinese Regime

A man claiming to be a Chinese military intelligence agent has defected to Australia, bringing with him a wealth of insider knowledge that backs up longstanding concerns about Beijing’s attempts to subvert and undermine its opponents abroad.

Wang Liqiang revealed an “unprecedented” trove of information on how the communist Chinese regime funds and directs operations to sabotage the democratic movement in Hong Kong, meddle in Taiwanese elections, and infiltrate Australian political circles, according to reports on Nov. 22 by Nine Network newspapers, an Australian media group.

In an earlier interview with The Epoch Times, the 27-year-old talked about how he had become disillusioned by the Chinese Communist Party’s (CCP) totalitarian agenda, leading to his decision to defect in May.

He is the first Chinese spy to go public with his identity.

“As I grew older and my worldview changed, I gradually realized the damage that the CCP’s authoritarianism was doing to democracy and human rights around the world,” Wang said. “My opposition to the Party and communism became ever-clearer, so I made plans to leave this organization.”

In April, Wang left Hong Kong for Sydney, where his wife and child live, and presented his material to the Australian Security and Intelligence Organisation (ASIO), the country’s top intelligence agency. He is now staying in a secret location as he cooperates with the agency.

“I have personally been involved and participated in a series of espionage activities,” Wang told ASIO under oath in October.

From Artist to Agent

Wang hails from Fujian, the southeast Chinese province across the strait from democratic Taiwan, according to a statement he provided to The Epoch Times. The son of a local Communist Party official, Wang had a middle-class upbringing and majored in oil painting at the Anhui University of Finance and Economics. Photos from Wang’s time in school show awards he won for his artwork.

At the end of his education, a senior university official suggested that Wang should work at China Innovation Investment Limited (CIIL), a Hong Kong-based company specializing in technology, finance, and media. In 2014, Wang began working with the firm.

While CIIL presents itself as an investment firm focusing on listed and unlisted Chinese defense assets, Wang soon discovered that it was a major front for the Party’s overseas espionage, serving multiple Chinese security organs and CCP officials.

Wang got in the good graces of CIIL CEO Xiang Xin and entered the “inner sanctum” of the company, Nine Network reported, by giving Xin’s wife painting lessons. That gave him wide access to information about both ongoing and past cases of Chinese intelligence operations, much of it connected to the Party’s acquisition of military technology.

During the 2018 “nine-in-one” regional elections in Taiwan, Wang had helped coordinate a massive disinformation campaign by the CCP to undermine the administration of Taiwan President Tsai Ing-wen. He had traveled to Taiwan on a forged South Korean passport, where he took part in coordinating on-the-ground operations.

Meanwhile, Wang was also responsible for working with mainland Chinese students in Hong Kong to maintain ideological influence over them and recruit them for various intelligence-related tasks.

In comments to Nine Network, Wang went into detail about how he and other operatives infiltrated “all universities, including students’ associations and other students’ groups and bodies.”

He said it was simple to recruit mainland Chinese students, who could often be “given some petty favors and benefits,” in exchange for their help.

As a Chinese citizen brought up to believe that being a patriot meant protecting the CCP’s rule, Wang thought that working as a spy for the regime was an attractive prospect. “It paid well, and I also felt that I was doing things for the country,” he told the outlet.

Peter Mattis, a former CIA analyst and an expert on Chinese espionage, told the outlet that Wang was probably a “cut-out” or “co-optee,” that is, a person who works as an aide to an intelligence officer by “building up a suite of resources to use for intelligence or political influence.”

Wang indicated that many major media in Hong Kong and Taiwan had been bought or infiltrated by CCP operatives to carry the Party’s narratives.

For example, “a senior manager at a major Asian television network is a current military cadre with a Division Commander rank” in the People’s Liberation Army, he told Nine newspapers.

He also corroborated reports that the Communist Party had built a formidable network of influence in Australia by co-opting politicians and political parties, as well as working among ethnic Chinese students to drown out dissent to the mainland regime’s policies.

“Mr. Wang provided bank account transactions to back his claims” that CCP intelligence organs “had dealings with several significant Australian political donors, including a one-time staffer in a federal MP’s office,” the outlet reported.

Chen Yonglin, a former Chinese diplomat who defected to Australia in 2005, had warned the country early on about the subversive influence of Beijing’s agents, saying that the CCP had 1,000 spies active in Australia at the time. Back then, one of the Party’s main priorities was to defame and marginalize practitioners of Falun Gong, a Chinese spiritual discipline banned by the CCP in 1999.

In 2017, revelations of CCP influence operations in the country made the headlines, including allegations of Chinese billionaires using donations to influence politicians on behalf of the regime.

Australia passed laws in 2018 to combat foreign interference, which were introduced in the wake of what then-Prime Minister Malcolm Turnbull described as “disturbing reports of Chinese influence.” Modeled on similar laws in the United States, the laws created new espionage offenses, set up a register for foreign agents, and banned foreign political donations.

Earlier this year, the country stripped Chinese billionaire Huang Xiaomo of his permanent resident status and denied him citizenship, marking the first direct action against a suspected CCP-influenced agent since the laws were introduced.

Huang, a real estate developer, had reportedly donated AU$2.7 million ($1.94 million) to major Australian political parties over the past five years, and has close ties to the CCP. He was president of the Australian Council for the Promotion of the Peaceful Reunification of China (PPRC Australia), a group under the umbrella of the United Front Work Department, a CCP agency tasked with spreading Beijing’s agenda overseas.

Australian Treasurer Josh Frydenberg said the implications of Wang’s account are “very disturbing” and that government law agencies were dealing with the matter, Reuters reported.

The Chinese regime has rejected Wang’s account, with police in Shanghai claiming he wasn’t an operative, but an unemployed 26-year-old who had previously been jailed for fraud.

The Chinese Embassy added in a statement on Nov. 24 that Wang is wanted in connection with a fraud case from earlier this year.

“On April 19, 2019, the Shanghai police opened an investigation into Wang, who allegedly cheated 4.6 million yuan from a person surnamed Shu through a fake investment project involving car import in February,” the statement said.

According to Nine Network, Wang’s internal struggle reached a turning point when he received a fake South Korean passport, with which he was to enter Taiwan and participate in the CCP’s ongoing attempts to interfere in the 2020 presidential race. The island is set to go to the polls in January.

“Staring at his own face in the false passport stirred something in Wang,” the outlet reported. “He realized he was at risk of losing himself. As he would later write, he was on the cusp of becoming ‘a person without a real identity.’”

On April 23, Wang left his post in Hong Kong to visit his wife and baby son in Sydney, having been granted approval by his boss’s wife.

For Wang, betraying the Communist Party, knowing that he might never be able to return to China or see his relatives, wasn’t an easy decision to make.

“Whenever I think of this, I am very sad. My family, not only my parents, but also my grandparents … I dare not communicate much, as our phones are tapped. This is the saddest thing. … My heart is extremely sad, and no words can express my grief,” Wang told Nine Network.

However, he ultimately believed espionage was too risky and immoral for him to continue.

“I thought and rethought it time and time again,” Wang told The Epoch Times. “I wondered if this decision would be a good thing or a bad thing for my life. I couldn’t tell you definitively, but I firmly believe that if I had stayed with [the CCP], I would come to no good end.”

Wang’s decision was also informed by his experiences living in democratic societies. In addition to Taiwan, he had previously visited his family in Australia in December 2018.

“Over the few months I spent in Australia, I experienced the democratic freedoms of this country and felt more and more ashamed of what the CCP was doing to undermine democracy around the world,” he said.

“So I decided to completely abandon my work and make a clean break with the Party.”