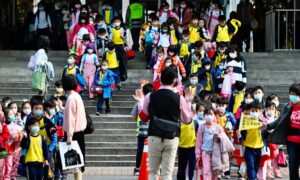 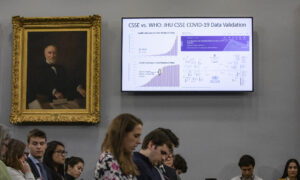 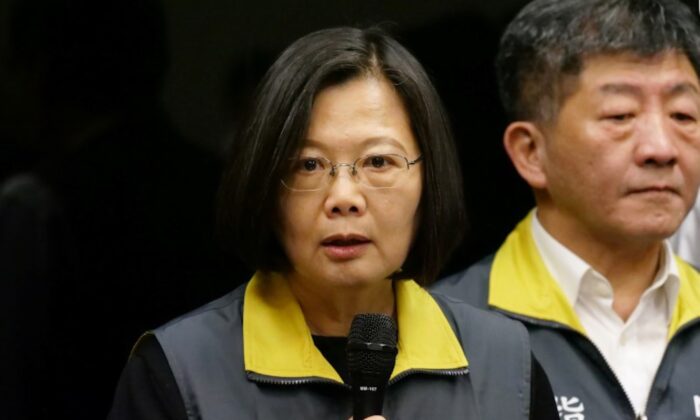 Taiwan President Tsai Ing-wen speaks about the coronavirus situation in Taiwan, during a news conference at the Centers for Disease Control in Taipei, Taiwan, on Feb. 7, 2020. (Fabian Hamacher/Reuters)
WORLD

Taiwan Airlines to Get $1.6 Billion Help, More Stimulus May Be Coming

TAIPEI—Taiwan will help its hard-hit airline industry access T$50 billion ($1.6 billion) in financing, and does not rule out further economic stimulus to help during the coronavirus outbreak, President Tsai Ing-wen said on March 19.

Trade-reliant Taiwan is rolling out a T$60 billion stimulus package to help soften the economic impact of the virus and Tsai has said a further T$40 billion was available.

While the island has only reported 108 cases of the virus, it is on a war footing to prevent its further spread, and has closed its borders to foreigners, excluding residence permit holders.

Tsai, speaking at a news conference at the presidential office, said Taiwan’s economic fundamentals remain good and people should not hoard as the government can ensure stable supplies. She said those who hoard will be punished.

“Though Taiwan’s economy has been affected by the epidemic, its overall economic performance is still relatively stable compared with other countries,” she said.

Taiwan media said on Thursday some shops and supermarkets have begun seeing shoppers clearing shelves of essential goods, as has happened in other countries.

Later Thursday, Taiwan’s central bank will hold its quarterly meeting and is likely to announce its first policy rate cut since 2016.

Officials overseeing Taiwan’s National Stabilization Fund, which can be activated to intervene in the stock market, are also meeting on Thursday, as stocks on the island continue to fall on coronavirus worries.

Taiwan’s stock market is down almost 28 percent so far this year, and closed down 5.8 percent on Thursday.

“The government has taken practical actions to maintain the stability of the foreign exchange market and the dynamics of the stock market,” Tsai said.

“The National Stabilization Fund is also pays close attention to the movements in the international financial markets and can respond immediately.”

By Ben Blanchard and Meg Shen