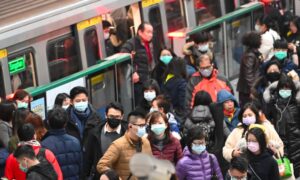 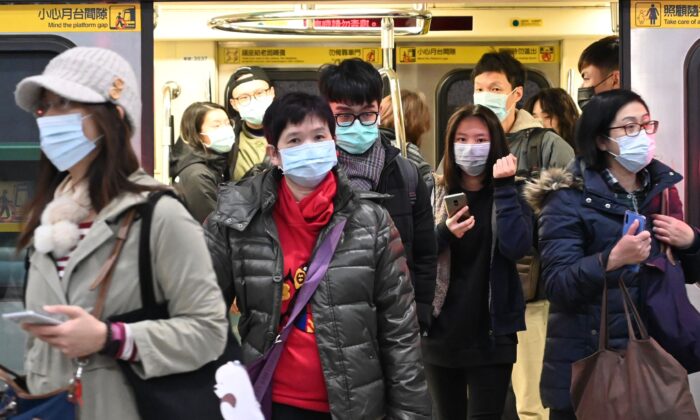 Mask-clad commuters get off a train at a Mass Rapid Transit (MRT) stop in Taipei, Taiwan, on Jan. 30, 2020. (Sam Yeh/AFP via Getty Images)
Asia & Pacific

TAIPEI—Taiwan’s foreign minister on Feb. 28 accused giant neighbor China of waging cyber “war” on the island to disrupt its fight against the coronavirus by using fake news, as the island reported a jump in new cases.

The coronavirus outbreak has strained already poor ties between Taipei and Beijing, with Taiwan especially angry at China’s efforts to block its participation at the World Health Organization (WHO).

China says Taiwan is merely one of its provinces with no right to membership of the WHO. Taiwan has called China “vile” for not allowing it real time information about the virus from the WHO.

This week Taiwan’s government reported an increase in fake online reports about the virus on the island, and blamed China’s “internet army” for being behind the misinformation. China has not responded to the allegations.

Taiwan Foreign Minister Joseph Wu said on Twitter that Chinese officials claim to care about the health of the Taiwanese “as if we’re blood relatives.”

He added: “But while #Taiwan is dealing with #COVID19 originating from #Wuhan, their cyber warriors are waging war to disrupt our efforts. So this is epidemic fighting with Chinese characteristics. I’m speechless.”

The fake reports, which Taiwan’s government has quickly and strongly refuted, include claims that the island is covering up the true number of cases and that members of the ruling Democratic Progressive Party get priority for face masks.

Taiwan says it will punish people who spread the rumors. The island has long claimed China is intentionally using fake news to undermine its democracy and people’s faith in the government. China has previously denied the accusations.

Adding to the tensions, China has in recent weeks been flying fighter jets and bombers close to the island. Taiwan’s Defense Ministry reported another case on Friday.

While Taiwan moved early to suspend travel links with China to prevent the spread of the coronavirus, and has reported far fewer cases than China, its number of patients has continued to grow.

On Saturday, Taiwan reported five new cases of infection, including four people who had contact with another infected patient in a hospital and one person returning from a trip to Egypt and Dubai, bringing Taiwan’s total to 39.

Taiwan has reported one death from the coronavirus, while nine patients have recovered and been released from hospital.