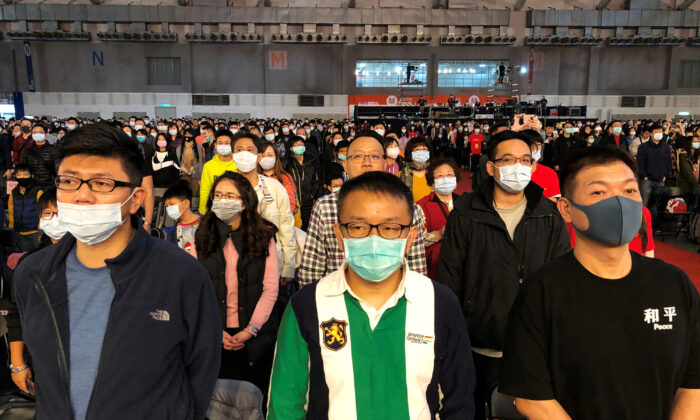 TAIPEI/GENEVA—Taiwan accused China on Feb. 6 of providing the World Health Organization (WHO) with wrong information about the number of coronavirus cases on the island, after the WHO published incorrect case numbers earlier this week.

At the WHO headquarters in Geneva, the United States and China clashed over the issue of Taiwan’s exclusion from participating in WHO meetings, where it is represented by China.

On Tuesday, the WHO corrected the number of cases reported on the island after having said there were 13. At the time Taiwan had only 10. Taiwan said on Thursday there were now 13 cases.

Taiwan Foreign Ministry spokeswoman Joanne Ou told a news conference that the crux of the problem was China giving the wrong case number details to the WHO.

“This was wrong information that was provided by China which created the mistake,” she said.

Ou said Taiwan had also protested to the WHO for again changing how they refer to the island, which it now calls “Taipei and environs,” having previously called it “Taiwan, China,” then “Taipei municipality” and then just “Taipei.”

Taiwan says the main consequence of that so far has been Italy including Taiwan in its ban on flights from China.

Taiwan is not a WHO member because China, which views the island as a wayward Chinese province and not a country, says it adequately represents Taiwan in the organization.

Democratically governed Taiwan says it is an independent country called the Republic of China—its formal name—and has never been part of the Chinese regime.

“For the rapidly evolving coronavirus, it is a technical imperative that WHO present visible public health data on Taiwan as an affected area and engage directly with Taiwan public health authorities on actions,” Andrew Bremberg, U.S. ambassador to the U.N. in Geneva, told the WHO Executive Board.

Japan supported this stance, with Ambassador Ken Okaniwa telling the forum: “We should not make a geographical vacuum by creating a situation where a specific region cannot join WHO even as an observer.”

Cong Ze, a Chinese diplomat speaking at the WHO, expressed its “strong dissatisfaction” that some countries had raised the issue of Taiwan’s participation at the technical meeting.

The WHO did not immediately respond to a request for comment on the figures.

By Ben Blanchard and Stephanie Nebehay