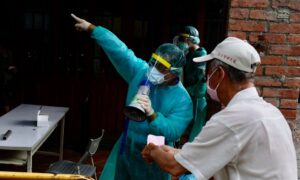 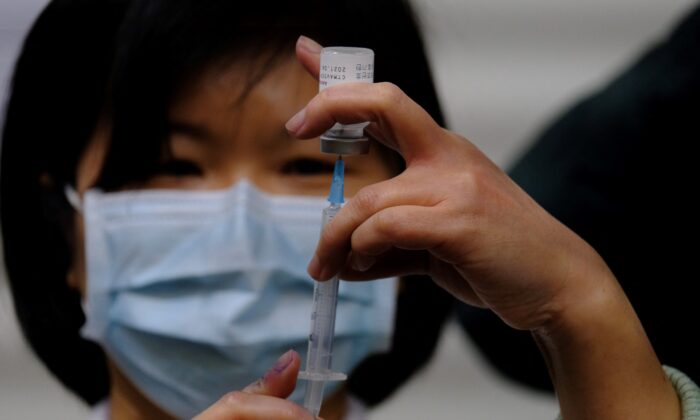 Taiwan ‘A Strong Model for the Rest of the World’ During Pandemic: State Department Official

Taiwan’s success in the area of “open government” policy development and implementation, particularly during the COVID-19 pandemic, was praised on May 20 as an example for other nations to follow during an event hosted by the Open Government Partnership (OGP).

The OGP was launched in 2011 by eight founding nations, including the United States, and now has a membership of more than 70 national governments and dozens of local jurisdictions aiming to “increase the availability of information about governmental activities” and “support civic participation … in decision making and policy formulation.”

Scott Busby, acting principal deputy assistant secretary of state in the U.S. State Department’s Bureau of Democracy, Human Rights, and Labor, stated that “Taiwan’s transparency during the COVID-19 pandemic is a strong model for the rest of the world,” highlighting Taiwan’s successful defense against the pandemic without widespread lockdowns or closures of schools and businesses.

“Many governments have imposed unduly severe pandemic-related measures that have curtailed open governments,” Busby said. “These have included restrictions on civic space, government oversight, and access to information.

“Taiwan, however, has sought a different path. Taiwan took early, bold steps to engage citizens while taking effective proactive steps to stem the spread of the virus. Although the global fight against the coronavirus is far from over, Taiwan already has many positive lessons to share with global community.”

Busby pointed to an initiative led by Taiwanese Digital Minister Audrey Tang that led to the development and implementation of an online “mask map” that shows “citizens real-time stock updates of masks at different vendors.” This platform was launched shortly after the onset of the pandemic in early 2020, when medical masks—then in short supply—were being rationed in Taiwan.

“These maps have allowed citizens to more effectively target when and where to purchase face coverings, and in so doing they have minimized in-person social interaction at a time when doing so has been critical for public health,” Busby said, noting that, to date, more than 10 million people in a nation of 24 million have used the platform. “This effort did not come from just a government agency in Taiwan, but rather blossomed from Taiwan’s close relationship with civil society and the technology community.”

During the event, Tang, who Busby called “a leader of the open government movement,” stated that the mask map platform updates every 30 seconds, showing the availability of masks at nearby vendors to reduce the time that mask purchasers wait in line and to help Taiwan better ration masks.

Crowd-sourced efforts like this, in which citizens share information about mask availability, are “only possible because people understand there’s a strong personal data protection when publishing the radically transparent dataset,” Tang said, noting that open government projects like the mask map have contributed to Taiwan’s widely lauded success in managing the COVID-19 pandemic, “with no lockdowns and with less than 20 deaths” in Taiwan to date due to COVID-19, the disease caused by the CCP (Chinese Communisty Party) virus.

Tang detailed Taiwan’s recent launch of an Open Government National Action Plan, which was “co-created … with civil society in a multi-stakeholder fashion.” Tang said that the “co-creation process went on for nearly one-and-a-half years” before the National Action Plan launched in January, and described how Taiwan’s past open government initiatives have allowed Taiwanese citizens to directly and publicly petition the government electronically. This has created more inclusiveness and has allowed Taiwan’s young people to become more civically engaged, according to Tang. As an example, Tang noted a successful petition created by a high school student to gradually ban plastic straws, commonly associated in Taiwan with the drinking of bubble tea, which Tang called Taiwan’s “national identity drink.”

Tang said that the petition became “wildly popular,” and described a conversation with the student petitioner. “We asked, ‘Why are you proposing this?’” Tang said. “And she’s like, ‘Well, it’s our civics class assignment. Our civics teacher just assigned starting a popular petition that involves thousands of people as the civics class assignment.’” Tang added that the petitioner is now “part of our task force,” and stated, “Lowering the threshold of participation led to this kind of collective intelligence and action … that shows our engagement to the young people who a [were] previously excluded from the representative democracy process.”

Despite its success in open government initiatives, Taiwan is not a member of the Open Government Partnership, which was launched in 2011 at a U.N. General Assembly meeting by U.S. President Barack Obama and seven other heads of state. Free and democratic Taiwan continues to be blocked by the Chinese regime from becoming a member of the U.N. Busby stated, “Although Taiwan is not a member of the OGP, it continues to lead by example within the international community through the implementation of forward-leaning, citizen-centered transparency reform.”

Shreya Basu, deputy director and Asia-Pacific regional lead of the Open Government Partnership, expressed “congratulations … to Taiwanese civil society and government” for its achievements in the area of open government.

“What personally strikes me as very interesting is the many different dimensions of inclusion that [Taiwan’s Open Government National Action Plan] focuses on, from youth, to gender, to indigenous peoples, ethnolinguistic groups, immigrants,” Basu said. “Clearly Taiwan is enjoying a moment where you have reformers across government working alongside reformers outside government, producing some really fantastic innovations that can be shared with the global community, both in response to the pandemic and even beyond.”

Before the event concluded, Tang reflected on the technology and data-driven infrastructure that has supported Taiwan’s open government initiatives.

“In Taiwan, our digitalization plan, our national plan, is called DIGI, for digitalization, innovation, governance, and inclusion, with inclusion as kind of the final pillar and digitalization as just the beginning … when we think about digitalization, it’s not about ‘smart cities,’ not about smart mayors, it’s about smart citizens. It’s not about the ‘internet of things,’ it’s about the internet of beings. It’s not mission learning but collaborative learning. It’s not about user experience but human experience, not about virtual reality but about shared reality. And these words, they are important,” Tang said. “I think what’s really important is thinking about the system as empowering people closest to the pain, bringing technology to the people, not asking people to conform to technology.”