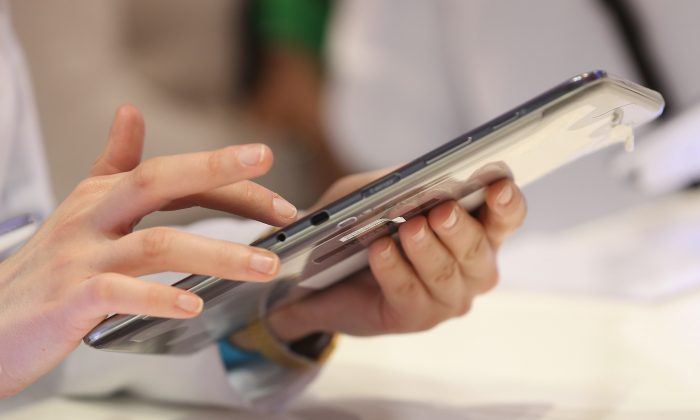 A file photo of a Galaxy Tab tablet at the Samsung stand at the 2013 CeBIT technology trade fair in Hanover, Germany, on March 5, 2013. (Sean Gallup/Getty Images)
Tech

Tablets Set to Overtake Laptops This Year, Desktop PCs by 2015

Tablet shipments more than doubled in the first quarter of 2013, an upsurge that is expected to carry through the year, surpassing laptop shipments. By 2015, the International Data Corporation predicts tablet shipments will outstrip desktop PC shipments.

“Many users are realizing that everyday computing, such as accessing the Web, connecting to social media, sending emails, as well as using a variety of apps, doesn’t require a lot of computing power or local storage,” said Loren Loverde, program vice president of Worldwide Quarterly PC Trackers at IDC, in a May 28 press release.

Support for Windows XP will expire in 2014, further discouraging PC sales. PC shipments are expected to decline 7.8 percent in 2013.

On May 1, IDC reported that tablet shipments had totaled 49.2 million units in the first quarter of the year, and “have shown no sign of slowing down.”