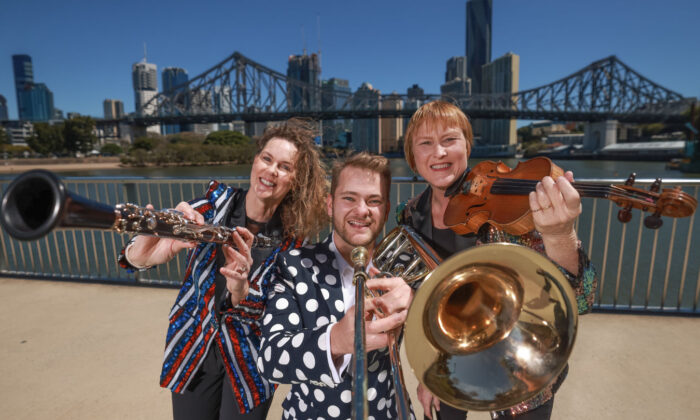 One of Australia’s premier symphony orchestras is looking forward to a more promising 2022 despite a rocky chapter of cancellations and staff departures during the past two years of the CCP virus pandemic.

The Queensland Symphony Orchestra (QSO) has unveiled a season of concerts and events, featuring a throwback to their first concert 75 years ago, world premieres, orchestral classics, and new compositions.

“This is a period of transition and renewal.”

One work the orchestra will be playing is Strauss’s massive Alpine Symphony, which is a poetic experience of eleven hours spent climbing an Alpine mountain.

“Strauss’s symphony requires 100 musicians on stage, so it’ll be a wonderful showcase for our orchestra,” director of artistic planning Tim Matthies said.

Principal Conductor and Artistic Adviser Johannes Fritzsch also promised that the program will take audiences on a stirring journey.

“Along this musical journey, our audiences will meet soloists and conductors who will serve as tour guides, pointing out musical sights and sounds. We believe in the power of live performance to create beautiful, life-affirming experiences,” Fritzsch said in a media release.

The 2022 season will start with QSO Favourites, where concert-goers get to decide what classics the orchestra plays.

When it debuted last year, four out of ten of its audience members had never been to one of its concerts previously.

The orchestra will also play Hungarian March, from The Damnation of Faust, which QSO performed at its debut in Brisbane City Hall on March 26, 1947.

In great news for the musicians of tomorrow, French horn player Vivienne Collier-Vickers will host Sounds Like an Orchestra to help younger audiences learn about different instruments.

“We did a variation of this last year, and afterward we had audience members telling us it reminded them of Leonard Bernstein’s children’s concerts with the New York Philharmonic when they were growing up in New York,” he said in a media release.

“That’s exactly the type of experience we want for Brisbane. It’s high-quality but done in a friendly, open, and accessible way.”