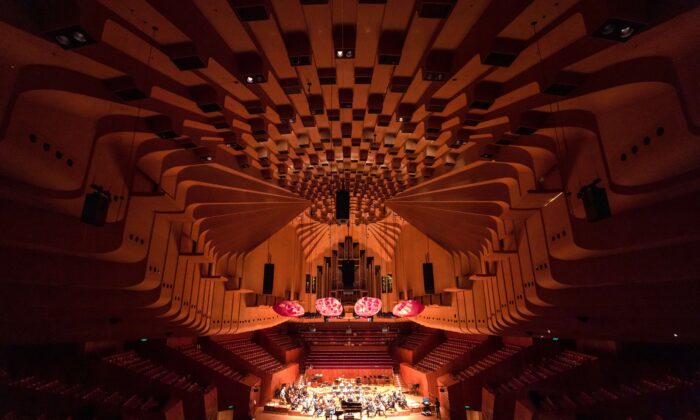 Sydney Opera House Gets a Facelift

During the two years of concert cancellations amid a pandemic, the Sydney Opera House has undergone extensive renovations and will be ushering in a new epoch before turning 50 next year.

Sydney’s World Heritage landmark will be unveiling a historic transformation of its largest performance space, the Concert Hall, to the public on July 20.

The facelift is the largest and final project in the Opera House’s decade-long upgrade before its 50th anniversary.

The renovation is funded by the New South Wales (NSW) government and will total almost A$300 million (around US$202 million).

Minister for the Arts Ben Franklin described the Concert Hall as “the beating heart of the Opera House” whose upgrade “will secure our nation’s most significant cultural icon for the next generation.”

Sydney Opera House CEO Louise Herron AM said that she was excited for performers and audiences to experience the enhanced acoustics from the new installations.

“Artists and audiences are set to experience world-class acoustics in a venue that is more accessible, safer and better equipped to present the full breadth of 21st-century performance,” she said.

“We have been working towards this moment for a long time and are incredibly grateful to the NSW Government and to everyone else involved in making this once-in-a-lifetime project possible.”

Since the venue closed for renovations in Feb. 2020, hundreds of construction workers, acousticians, architecture, and heritage experts have installed 18 new magenta “petal” acoustic reflectors above the stage that synchronise with the music being placed.

The stage has also been lowered by 400mm to improve the line of sight for audiences and create more intimacy between artists and audiences.

For the first time, a new lift and passageway will be available for wheelchair users and people with limited mobility to independently access all levels of the Concert Hall. The number of accessible seating will also be doubled.

The make-over will be unveiled on Wednesday with a performance by the Sydney Symphony Orchestra (SSO).

Concertmaster of SSO Andrew Haveron said that the place where an orchestra performs is just as important as the instruments and musicians that are on stage.

“It shapes the way we sound and how an audience experiences live performances with us,” he said.

“Every great orchestra around the world has a symbiotic relationship with their home venue—they become synonymous with the space.”

“The extraordinary acoustic improvement of the Sydney Opera House Concert Hall—which has far exceeded any of our expectations means that finally, the Sydney Symphony Orchestra can be heard at its finest!”