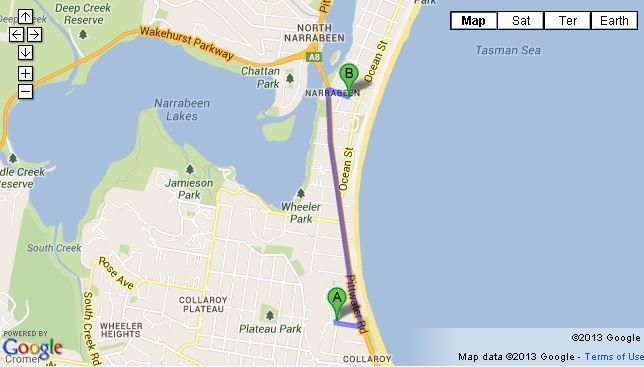 About a tenth of a foot of rain fell, Brett Dutschke, senior meteorologist with Weatherzone, told the Sydney Morning Herald.

But that rain all fell in less than an hour, causing “significant flash flooding,” he said.

A build-up of leaves from the dry weather helped create the problems, he added.

Pittwater Road in the Northern Beaches area is blocked blocked in both directions between Jenkins Street and Waterloo Street in Collaroy due to the flooding.