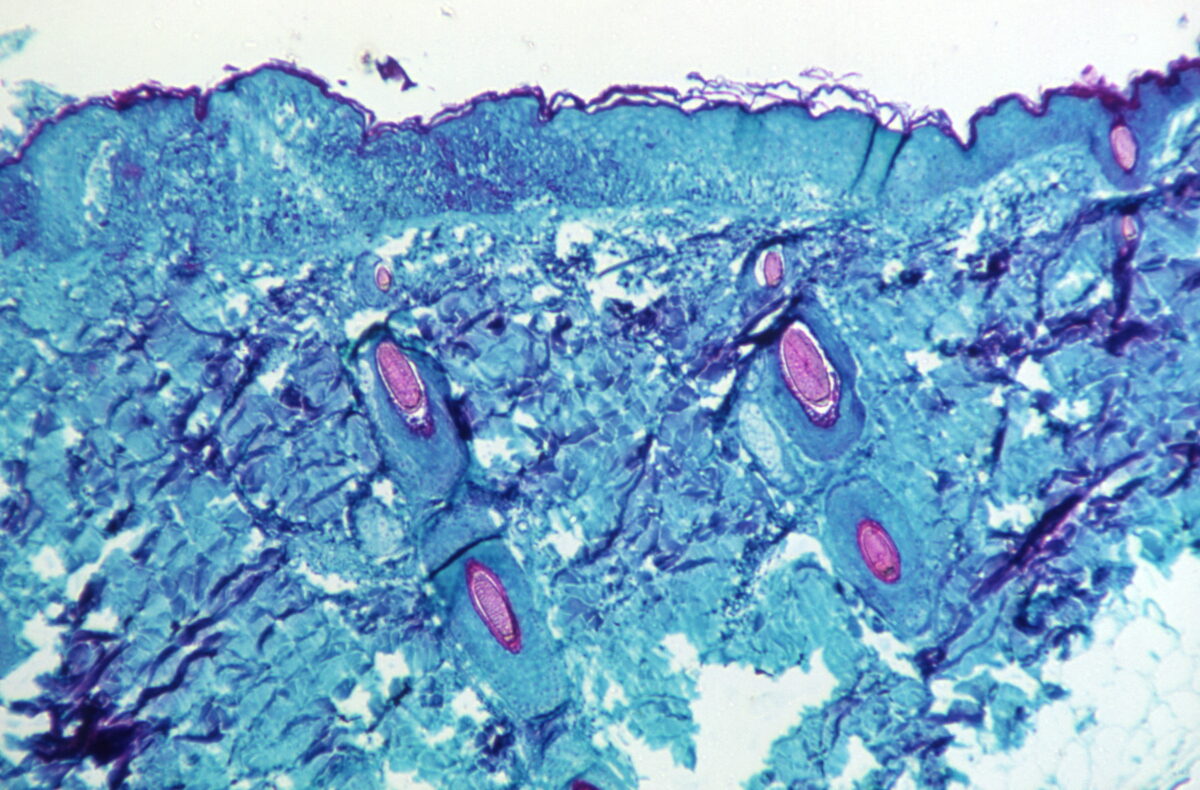 A section of skin tissue, harvested from a lesion on the skin of a monkey that had been infected with monkeypox virus, at 50X magnification on day four of rash development in 1968. (CDC/Handout via Reuters)
Europe

VIENNA—Switzerland has detected its first confirmed case of monkeypox, a person in the canton of Bern who contracted it through “close physical contact abroad”, the canton said in a statement on Saturday.

The person consulted a doctor because they had a fever and a rash and felt poorly, the canton said, adding that the person was in isolation at home and the illness was developing in a “benign” way. A person they had been in contact with has been informed, the canton added.