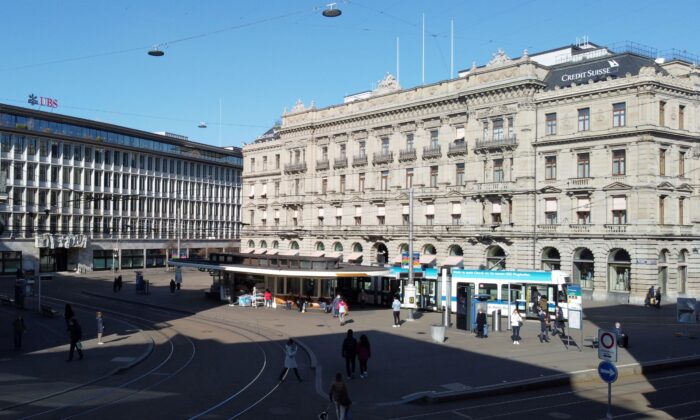 The headquarters of Swiss bank Credit Suisse is seen beside a UBS branch office at the Paradeplatz in Zurich, Switzerland on March 23, 2021. Picture taken with a drone. (Arnd Wiegmann)
Economy

The proposed revisions, which were sent into consultation on Thursday, aim to ensure that systemically important banks (SIBs)—which include Credit Suisse and UBS—remain resilient under various stress scenarios, including in some cases not adequately covered by current rules, the government said.

“Although the revised liquidity requirements for SIBs will introduce legally stricter liquidity requirements compared to the TBTF (too big to fail) regulation in force today, the authorities assume that this regulatory proposal will have little impact due to the already high level of liquidity,” the finance ministry said in a report on Thursday.

Current estimates showed the proposal would “neither significantly increase nor reduce the overall liquidity” held by systemically important banks.

The proposed changes were also not expected to have a material impact on banks’ cost of capital, the ministry said.