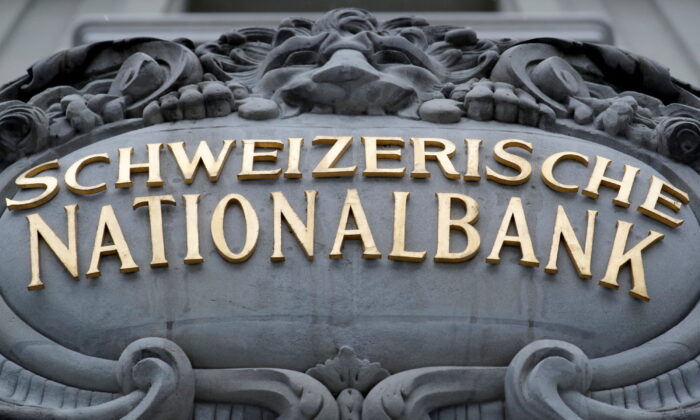 The bank made a loss of 36.8 billion francs from its foreign currency investments built up during its campaign to tame the franc.

The bank made a profit of 1.6 billion francs from interest on its bond portfolio and 800 million francs in dividends from the stocks and shares it holds in companies which include Starbucks and Google owner Alphabet.

But this was wiped out by a big valuation loss on its bond portfolio, which makes up 80 percent of the 977 billion francs held by the SNB in foreign currency investments.

As bond prices tumbled earlier this year, due to investors anticipating higher interest rates by central banks fighting resurgent inflation, the SNB made a valuation loss of 25.1 billion francs on its fixed income holdings.

The central bank also made a loss of 10.7 billion francs from its share portfolio, and a 3.4 billion francs exchange rate related loss as the more expensive Swiss franc reduced the value of its foreign investments when translated back into francs.

The franc surged in value earlier this year as investors sought safe havens after war erupted in Ukraine, while stock markets also declined.

The flight for safety increased the price of gold during the period, with the SNB making a valuation gain of 4.2 billion francs on its gold holdings.