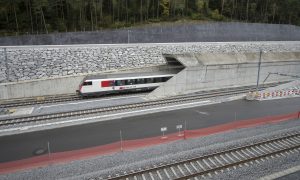 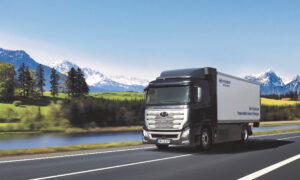 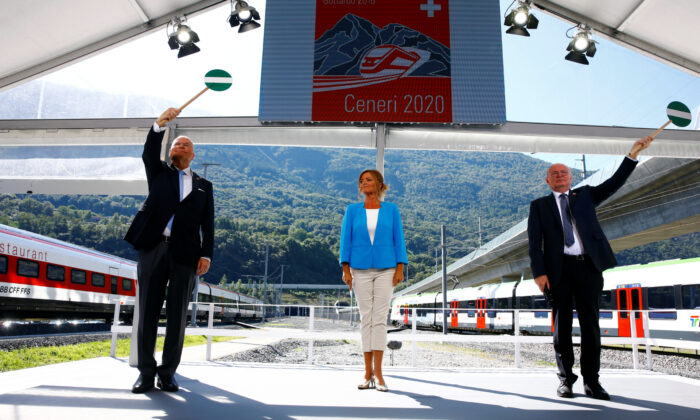 CAMORINO, Switzerland—Switzerland officially opened the Ceneri Base Tunnel on Friday, the final piece in a direct, flat rail link connecting northern Europe to the Mediterranean via routes beneath the Alps.

The 15.4 kilometer (9.57 miles) tunnel marks the completion of the New Rail Link through the Alps (NRLA), a 22.8 billion Swiss franc ($25.04 billion) project dubbed Switzerland’s construction project of the century.

Together with the 57.1 kilometer Gotthard Base Tunnel, the world’s longest rail tunnel which opened in 2016, and the 34.6 kilometer Loetschberg tunnel, Ceneri completes a system that allows uninterrupted freight transport from Rotterdam and Genoa under the mountains.

“It’s the last part of the puzzle,” Swiss Federal Railways (SBB) Chief Executive Vincent Ducrot told reporters. “The goal to have a flat rail line through the Alps has now been achieved.”

The tunnel, which has taken 10 years to build, runs beneath Monte Ceneri, replacing a steep surface railway which had a high-altitude tunnel at the top. Its north portal is situated at Camorino, and the tunnel breaks through the mountains in the south at Vezia, near Lugano.

Switzerland wants to use the tunnel, which is due to enter service on Dec. 13. 2020, to transfer more freight transport from trucks to rail.

“The environmental benefit is obvious, but it’s not only about the Alps,” Swiss President Simonetta Sommaruga, who attended the opening ceremony, told Reuters.

“It’s a competitive advantage for Switzerland and a sustainable transport policy.”

The 3.6 billion franc tunnel, the culmination of Switzerland’s efforts to ease the transalpine journey which began with the opening of the Gotthard summit tunnel in 1882, can carry up to 170 freight trains and 180 passenger trains per day.

The project’s aim is to reduction in the number of trucks crossing the Alps to 650,000 per year. Last year, there were around 900,000 transalpine truck journeys, according to Swiss Federal Office of Transport.

Eventually the Milan to Zurich train journey will be cut from around 4 hours to three hours, and the SBB plans to run direct trains to Bologna and Genoa.

Freight trains will also be able to run uninterrupted along the 1,400 km stretch between Rotterdam to Genoa without technical hindrances.