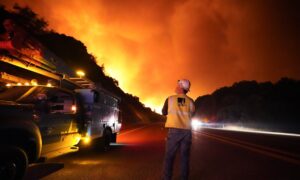 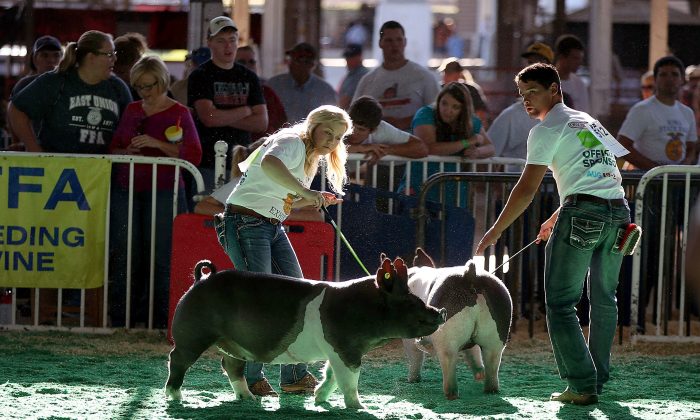 A strain of swine flu virus has been found in 20 residents from Maryland after they got into close contact with pigs at two county fairs, CBS Baltimore reported.

“We’re reporting a total of 20 cases associated with contact with pigs at these county fairs,” Dr. Katherine Feldman of the Maryland Department of Health told CBS.

The Maryland Department of Health reported that none of the people infected have become seriously ill or been hospitalized, but they did have fevers.

“Right now, it’s really only causing illness that’s similar to seasonal influenza, so people will have a fever. They’ll have coughing, a sore throat. They may even have some signs,” she said.

According to the Centers for Disease Control and Prevention (CDC), symptoms could include fever, lethargy, lack of appetite and coughing. A runny nose, sore throat, eye irritation, nausea, vomiting, and diarrhea are also possible.

Residents who got infected were in close contact with the pigs at the Anne Arundel County Fair or The Great Frederick Fair. The outbreak took place during the start of the flu season.

The pigs have been confirmed to have the Influenza A virus. Ninety-five of the pigs are still in isolation.

An infected pig’s cough, sneeze, or droplets can then spread through the air, transmitting the virus to a human if it lands in the nose, mouth, or is inhaled. Close contact and touching a surface with the virus on it can also transmit the virus, according to the CDC.

Swine flu can cause death but it is rare. The number of people infected has also been increasing in the United States.

“We’re just kind of waiting it out to see what the results are, as far as the remainder of the tests that are pending,” Frederick Fair Executive Assistant Karen Crum told CBS.

To curb the exposure, Feldman said the Maryland Department of Agriculture has ordered no pigs be on display in Calvert County exhibits. The exhibits were canceled at the last fair of the season.

Pigs that were being held at the Charles County fair have now been released and the barn holding the swine will be thoroughly cleaned and disinfected.

Feldman urges that anyone already feeling some symptoms to call a doctor, who may then notify the Health Department.

“We then will investigate to better understand what led to their illness, what kind of contact they had with swine,” she said.

In order to avoid the swine flu, people should stay away from pigs at all times. For those who work with the animals, they must keep their hands away from the pigs.

Three farms in Frederick County have been placed on a hold order, as some of the pigs were discharged from the fair before the virus was detected.

The flu does not impact any pork products as long as it’s properly cooked.