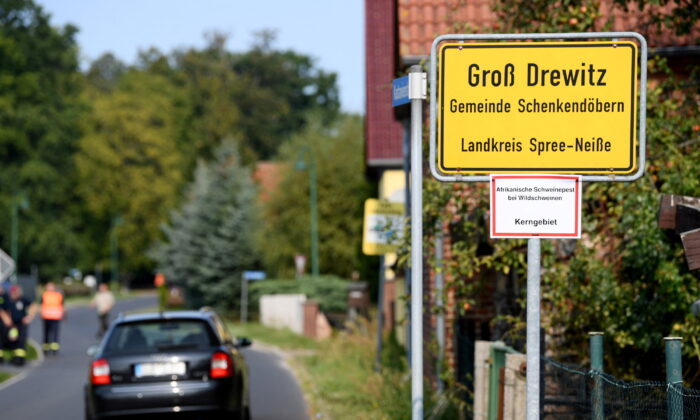 HAMBURG—The spread of African Swine Fever to Germany’s most important pig rearing region has dealt a serious blow to the sector with major markets such as China likely to maintain import bans for years to come, analysts said on Monday.

The outbreak on a farm in Emsland, Lower Saxony is the first in the north-west region where much of Germany’s pig sector is concentrated.

ASF, which is harmless to humans but often fatal to pigs, was first found in eastern Germany in September 2020, believed to have been spread from Poland by wild boars. This prompted China to ban imports of German pork, halting a trade that had brought in around 1 billion euros ($1.04 billion) a year.

Some other major importers, including South Korea and Japan, followed suit, and rival EU producer Spain was among those able to pick up fresh business to Asia following the bans.

“This is very frightening news and if there were hopes that ASF had been confined to east Germany, and that the disease was under control, these have now been completely thrown out of the window,” said Justin Sherrard, global strategist animal protein at Rabobank.

“With ASF cases continuing to occur in Germany no end to China’s import ban on German pork can be expected,” said Tim Koch, meat analyst at German market consultancy AMI. “Any hopes that China could lift the ban in the near future are over.”

Germany was for many years the European Union’s top pork producer but was overtaken by Spain last year after it lost access to China, the world’s largest importer of pigmeat.

China’s own pig herd, the world’s largest, has also suffered heavy losses due to ASF but is beginning to recover.

“China anyway has a reduced import need for pork from Europe and it could be years before the Chinese market could be reopened to German pigmeat exports,” Koch said.

The growing number of wild boar in Germany, which can wander over long distances, means a spread of the disease had been expected despite government efforts to confine it to east Germany. Around 4,000 ASF cases in wild boar have occurred in Germany, mainly in the eastern states of Brandenburg and Saxony.

The outbreak also heightens concerns about the potential spread to neighboring countries.

“If ASF can make a 500 kilometer jump from east Germany to north Germany the concern is that it could move to the big pork industries in the Netherlands and France,” Sherrard said.