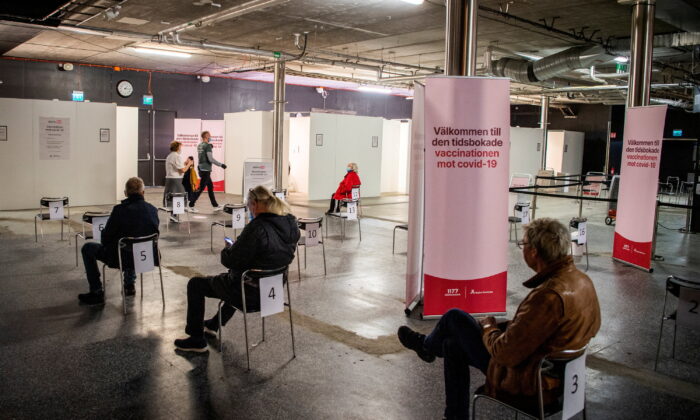 People wait to get a vaccine against COVID-19 at a night club which was turned into a mass vaccination center, in Stockholm, Sweden, on April 16, 2021. (Carl-Olof Zimmerman/TT News Agency via Reuters)
Vaccines & Safety

STOCKHOLM—Sweden will give a fourth shot of COVID-19 vaccine to people aged 65 and above to boost their defenses against the disease, the health agency said on Monday.

“For people aged 65 and over, it is now four months since the previous vaccine dose, and the protective effect of the vaccine diminishes over time,” the Health Agency said in a statement.

Sweden had previously offered a fourth jab to people aged 80 or older.