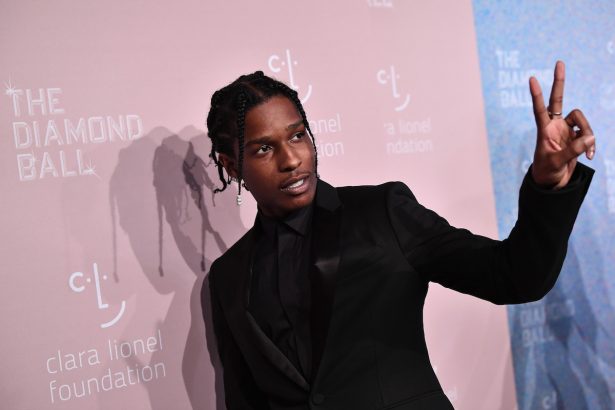 Sweden said that officials cannot intervene in the case of American rapper A$AP Rocky, after President Donald Trump ratcheted up the pressure on the Scandanavian country, calling on Prime Minister Stefan Lofven to free him.

“Prime Minister Stefan Löfven have explained [sic] and emphasized the complete independence of the Swedish judicial system, prosecutors and courts. In Sweden, everyone is equal before the law. The Government is not allowed, and will not attempt, to influence legal proceedings,” Karin Olofsdotter, the Swedish ambassador to the United States, said in a statement.

Sweden, which lacks a bail system, has kept Rocky in Prison since July 3 after video footage appeared to show him and his companions assaulting a Swedish man.

Daniel Suneson, the prosecutor in charge of the case, ordered Rocky and two companions held until trial on July 25 and seemed to dismiss their claims of self-defense and being provoked.

Another video showed two men harassing the rapper outside a restaurant. The rapper asked them to stop following him and said one of them hit his bodyguard with their headphones. Police said they dropped an investigation against one of the men.

Trump called out Lofven on Thursday, writing on Twitter that he was “very disappointed” in the prime minister “for being unable to act.”

“Sweden has let our African American Community down in the United States. I watched the tapes of A$AP Rocky, and he was being followed and harassed by troublemakers. Treat Americans fairly!” the president said on Twitter on July 25.

“Give A$AP Rocky his FREEDOM. We do so much for Sweden but it doesn’t seem to work the other way around. Sweden should focus on its real crime problem!” Trump added.

Trump had said last week that he had “a very good call” with Lofven, who he said assured him that Rocky “will be treated fairly.”

Swedish authorities have been on the defensive over Rocky’s detention. A number of rappers, including Tyler, the Creator, said they would no longer travel to the country and a source at the U.S. Embassy in Sweden told TMZ that Rocky was being held in inhumane conditions.

Very disappointed in Prime Minister Stefan Löfven for being unable to act. Sweden has let our African American Community down in the United States. I watched the tapes of A$AP Rocky, and he was being followed and harassed by troublemakers. Treat Americans fairly! #FreeRocky

Give A$AP Rocky his FREEDOM. We do so much for Sweden but it doesn’t seem to work the other way around. Sweden should focus on its real crime problem! #FreeRocky

“Walking into that place was like walking into a toilet,” the official said.

Sources told TMZ that the rapper was forced to sleep on a yoga mat and was not provided with blankets. He was also being detained in a cell next to a mentally ill prisoner who regularly hurled feces. The sources also claimed that the water in the prison wasn’t clean and the food wasn’t edible.

Olofsdotter, the Swedish ambassador to the United States, later denied the charge in an appearance on TMZ Live, claiming that Rocky’s lawyer, Alan Jackson, said the reports weren’t accurate.

“That, by the way, is just not true, because his attorney … has maintained the condition when A$AP was first jailed were deplorable,” TMZ reported.