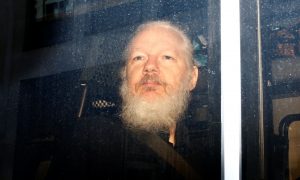 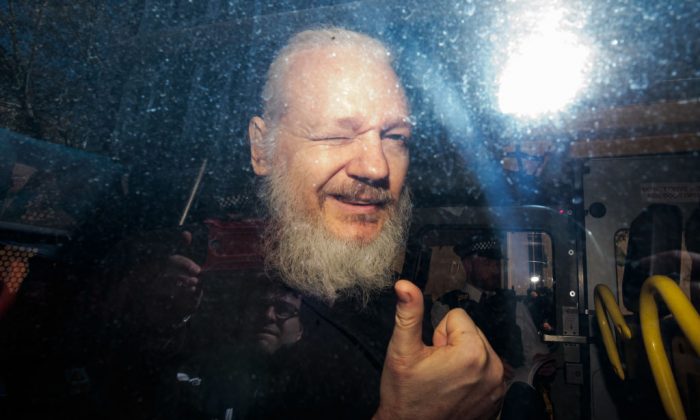 STOCKHOLM—A Swedish prosecutor has dropped a rape investigation against WikiLeaks founder Julian Assange, ending the near-decade-old case that had sent the anti-secrecy campaigner into hiding in London’s Ecuadorian embassy to avoid extradition.

Although the prosecutor’s decision can be appealed, it probably closes the case, which was begun in 2010; the accuser’s lawyer said she was studying whether to appeal it.

Assange skipped bail in Britain to avoid possible extradition and took refuge in the embassy in 2012. He was dragged out by police in April, and is jailed as he fights extradition to the United States, where he faces computer hacking and espionage charges.

While Assange was in the embassy, the statute of limitations ran out on investigating all but one of several Swedish sex crime complaints originally filed by two women. Deputy Chief Prosecutor Eva-Marie Persson reopened the remaining case after Assange left the embassy, but she said on Nov. 19 that the passage of time meant there wasn’t enough evidence to indict Assange.

“After conducting a comprehensive assessment of what has emerged during the course of the preliminary investigation I then make the assessment that the evidence is not strong enough to form the basis for filing an indictment,” she told a news conference. “Nine years have passed. Time is a player in this decision.”

Assange, a 48-year-old Australian, has repeatedly denied the sex crime allegations, calling them part of a plot to discredit him and secure his eventual transfer to the United States.

Assange’s Swedish lawyer, Per Samuelson, said as far as he’s aware, British lawyers hadn’t yet been able to contact Assange in jail to inform him of the Swedish decision.

Elisabet Massi Fritz, lawyer for the accuser, told Reuters in a text message that she and her client would discuss whether to request a review of the decision to drop the case. The right decision would have been to interrogate Assange in London and then charge him with rape, she said.

“After today’s decision, my client needs time to process everything that has happened over these nine years in order to be able to move on with her life.”

The case had divided opinion in Sweden, a country with strong traditions of support for both women’s rights and media freedom. Prosecutors were criticized for letting the case drag on, while many blamed Assange for obstructing the investigation.

The decision by the Swedish prosecutor heads off a potential dilemma for the British courts which might otherwise have had to decide between competing U.S. and Swedish extradition requests.

Since leaving the embassy, Assange has served a British sentence for skipping bail; he’s now being held pending his next hearing in February on the U.S. extradition request. He faces 18 criminal counts including conspiring to hack government computers and violating an espionage law.