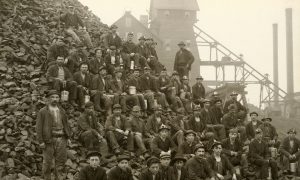 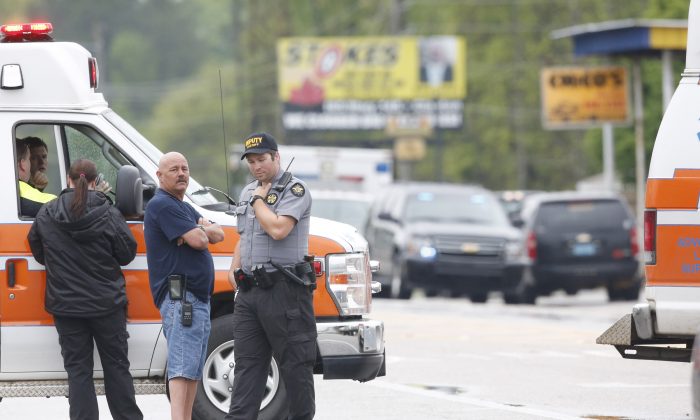 Authorities respond to a scene near a shooting Monday, April 13, 2015, in Jemison, Ala. A gunman entered a doctor's office in Jemison, shot a woman and fled to a nearby home, police said. (AP Photo/Brynn Anderson)
US

In the pre-dawn chill, Sterling said, he found an odd scene: horses were galloping, cows mooing and dogs barking.

“I heard a boom and felt the shaking,” Sterling said. “It really upset me.”

More than a dozen weak earthquakes have followed in the seven months since in west Alabama’s rural Greene County, and geologists are trying to figure out what is causing the seismic swarm in an area of the South more prone to tornadoes than earthquakes.

“It is interesting that recently there has been more activity there than in the last four decades,” said Sandy Ebersole, an earthquake expert with the Geological Survey of Alabama.

Records from the U.S. Geological Survey show the first of 14 earthquakes occurred on Nov. 20, when a magnitude 3.8 earthquake was recorded about 10 miles northwest of the community of Eutaw. The second occurred in mid-December, followed by another in January and three within a few hours of each other on Feb. 19.

The tremors have continued ever since, with the most recent occurring June 6, when a magnitude 3.0 quake rattled the area. All the tremors have been weaker than the initial jolt in November, and Ebersole said some have been too slight for residents to detect.

Located about 35 miles from Tuscaloosa, the whole of Greene County has only about 8,700 residents, and the area where the quakes are occurring is sparsely populated. Farmlands and forests are dotted by hunting preserves and old homes left over from Alabama’s past as a cotton-producing, slave-holding state.

Experts have installed a seismic monitor in a field to enable them to get better information about the quakes, none of which has caused major damage. Ebersole said researchers are trying to rule out potential causes such as blasting for quarries and sonic booms. They’ve even held meetings with rattled area residents.

The quakes could be linked to underground cracks, or faults, found in the area in recent years at varying depths, Ebersole said. But just what has been causing the ground to shake is unclear.

One potential source that regulators are discounting is hydraulic fracturing or “fracking,” a process for extracting underground oil or natural gas that has been blamed for earthquake swarms elsewhere, including Oklahoma. Wastewater is sometimes injected underground, a method the government has blamed for quakes.

While Greene County is on the edge of Alabama’s primary region for oil and gas production, state geologist Nick Tew said no such production or disposal work is going on in the area where the quakes are occurring.

The mysterious shaking has left residents like Mark McClelland to protect themselves in the only way they can.

“After the second or third one I went to get some earthquake insurance,” said McClelland. “It’s not bad, about $150 a year.”

The hearty construction methods and thick timbers used in his 163-old Greek Revival mansion provide some comfort to Barden Smedberg, who operates the house as a wedding venue and a bed and breakfast. One of the earliest quakes shook loose curtain rods from window frames at his Everhope Plantation, he said. But no other damage has occurred.

“This house has been here since 1852. I don’t think it’s going anywhere,” said Smedberg.

Even without much damage or a major shake to date, Sterling said he would still like to know what is causing the quakes.

“A lot of people are wondering what’s going on,” he said.