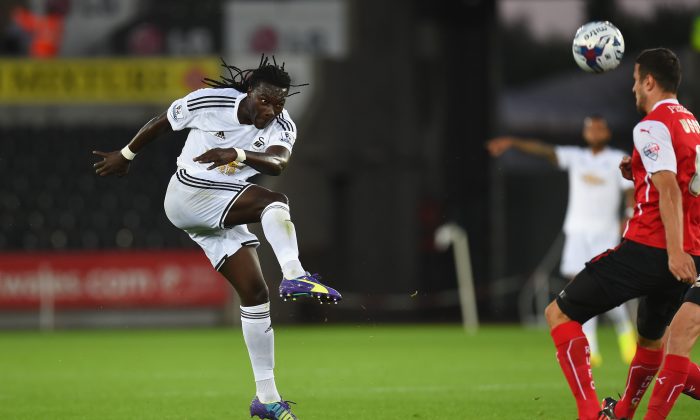 Swansea player Bafetimbi Gomis gets in a shot at goal during the Capital One Cup Second Round match between Swansea City and Rotherham United at Liberty Stadium on August 26, 2014 in Swansea, Wales. (Photo by Stu Forster/Getty Images)
UK

Swansea City and West Bromwich Albion are set to play in an EPL match on Saturday, August 30.

The game will be broadcast on TalkSport Radio World internationally.

The game will also air on Premier League Extra Time and Directv in the United States.

Swansea are 10/11 to win the match, as compared to 15/4 for West Brom, according to OddsChecker.