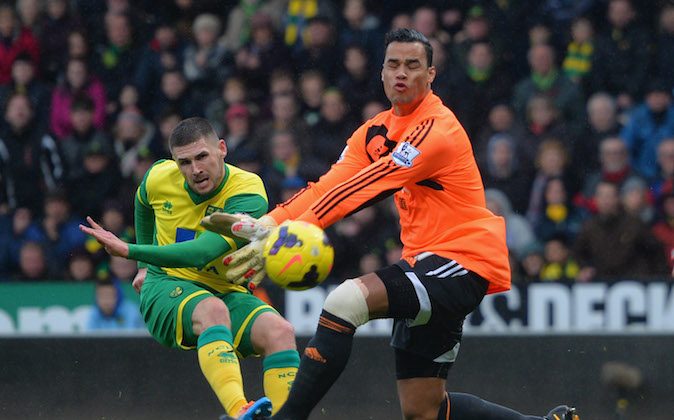 Gary Hooper of Norwich shots past Michael Vorm of Swansea but misses the goal during the Barclays Premier League match between Norwich City and Swansea City at Carrow Road on December 15, 2013 in Norwich, England. (Photo by Christopher Lee/Getty Images)
Soccer

Swansea have drawn 2 and loss 3 of their last five games (DLLDL).

Swansea are favorites to win the game.