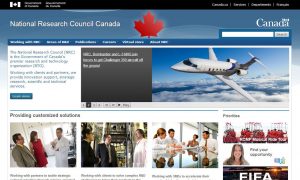 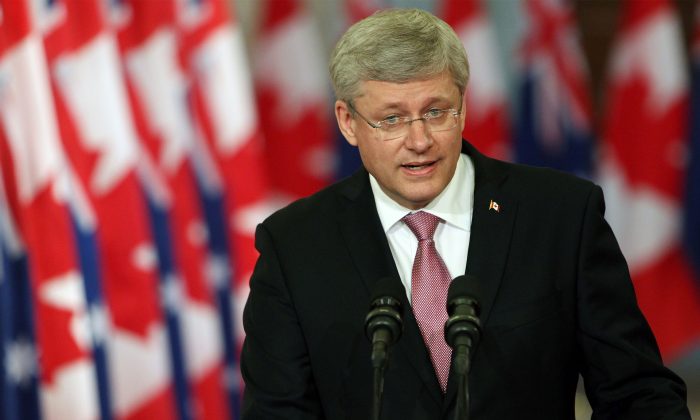 OTTAWA—The office of Canadian Prime Minister Stephen Harper banned reporters from China’s state-run news outlets from his trip to the Arctic, amid concerns over just who the journalists have been reporting to. His trip started on Wednesday.

A spokesperson from the prime minister’s office told QMI Agency that “certain news outlets were no longer welcome” to travel with Harper, according to the Winnipeg Sun.

The reporters work for Xinhua and People’s Daily, which are two of the Chinese regime’s official mouthpieces.

It was reported the decision was likely based on their history of poor behavior. It has now emerged, however, that there are also concerns the journalists at the outlets may be spying for China.

Harper’s upcoming eleventh annual trip to the Arctic is meant to reinforce Canada’s northern sovereignty by boosting the economy and defending the territory through military installations.

It was reported in Canada last year that journalists at the two Chinese state-run news outlets made a habit of photographing and interviewing their journalist colleagues, and took numerous photos of the interior of the Royal Canadian Air Force’s C-130J aircraft.

One of the reporters, Li Xue Jiang, Ottawa-based bureau chief of the People’s Daily, published an article himself last year stating the concerns that he and his colleague at Xinhua News Agency, Zhang Dacheng, were gathering intelligence for China.

He wrote that on one point of the trip, reporters were waiting for Harper to speak and Li went to the washroom. A female secretary from the Prime Minister’s Office sent a Royal Canadian Mounted Police officer to keep an eye on him. He reported that Zhang was also watched carefully by staff from Harper’s office.

Some journalists in Canada had even asked the two directly if they were spies.

Xinhua and People’s Daily published few articles on the trip, despite having reporters assigned for daily coverage.

In 2012, Mark Bourrie, a parliamentary reporter for Xinhua News Agency, revealed that his bureau chief Zhang Dachang asked him to use his press credential to collect intelligence information on protesters, particularly on Falun Gong practitioners and the Dalai Lama.

The claim that Chinese reporters work as intelligence agents is hardly new.

On the BBS of a Chinese website called “Be Tolerant to Diversity,” a netizen posted: “The Chinese Communist Party’s official reporters stationed abroad also do intelligence work. This should be common sense for all people on earth. All active reporters working for the Chinese Communist regime in different countries in the world are all affiliated with different intelligence systems.”

The concerns of poor behavior are also valid.

Li had to be restrained last year after he shoved Harper’s press secretary, Julie Vaux, and tried grabbing a microphone to ask a question. The incident was caught on film.

He then grabbed a microphone from a member of the Privy Council Office, according to CBC Radio-Canada. Three members of Harper’s security team grabbed Li and took him into a back room where he was briefly detained.

Li allegedly wanted to ask Harper about the Canadian government’s position on foreign investment in Canada. He claimed Vaux pushed him first.

“Agree or disagree with how events are run, there was no excuse for the Chinese state reporter to get physical with our staff,” Harper’s director of communications, Andrew MacDougall, said on Twitter after the incident.

“We will be raising the matter with the Press Gallery and Mr. Li should apologize immediately,” he added, referring to Canada’s press gallery which represents journalists covering politics on Parliament Hill.