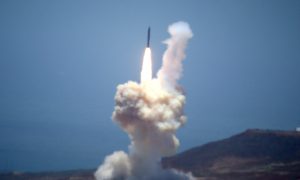 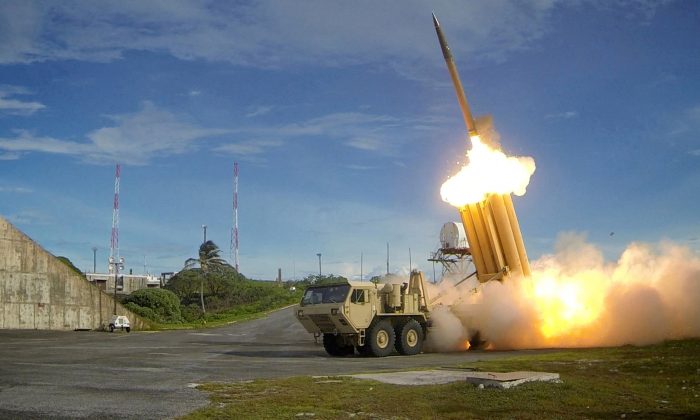 SEOUL—A suspected North Korean drone had taken photographs of an advanced U.S. anti-missile battery in South Korea before it crashed while apparently on its way back home, the South Korean military said on Tuesday.

“We confirmed that it took about 10 photos,” of the anti-missile system, known as the Terminal High Altitude Area Defense (THAAD), a South Korean Defense Ministry official said by telephone.

The drone was suspected to be from North Korea, the official added.

South Korea is deploying the U.S. anti-missile defense system in the Seongju region, about 250 km (155 miles) from the border with North Korea, to counter a growing missile threat from the North.

“We will come up with measures to deal with North Korean drones,” said an official at South Korea’s Office of the Joint Chiefs of Staff, who also declined to be identified as he is not authorized to speak to the media.

North Korean drones are known to have flown over South Korea several times.

North Korea has about 300 unmanned aerial vehicles of different types including one designed for reconnaissance as well as combat drones, the United Nations said in a report last year.

The North Korean drones recovered in South Korea were probably procured through front companies in China, with parts manufactured in China, the Czech Republic, Japan and the United States, it added.

The neighbors are technically at war after the 1950-53 Korean War ended in a truce and not a peace treaty.

Later on Tuesday, the South’s military said a North Korean soldier defected to the South across their heavily mined border, known as the Demilitarized Zone (DMZ).

Such crossings across the land border are unusual but not unprecedented, although most of the on average 1,000 North Koreans who defect to the South every year travel through China.

The last crossing by a North Korean soldier across the DMZ was in September last year.

South Korea and the United States agreed last year to deploy the THAAD unit in response to North Korea’s relentless development of its ballistic missiles, and nuclear weapons, in defiance of U.N. sanctions.

The Chinese regime strongly objects to the THAAD system saying its powerful radar can probe deep into its territory, undermining its security and upsetting a regional balance. The Chinese regime also says the system does nothing to deter North Korea.

South Korea and the United States say the system is aimed solely at defending against North Korean missiles.