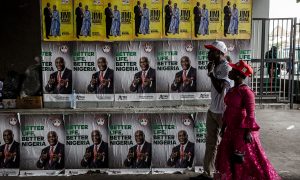 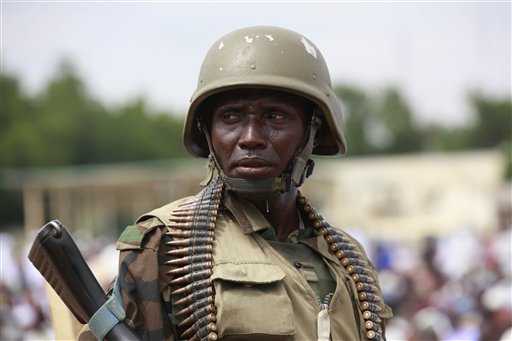 MAIDUGURI, Nigeria—At least 65 people died in an attack by suspected Islamists on a group returning from a funeral in Nigeria’s northeastern Borno region, state television reported on Sunday, one of the deadliest attacks on civilians in recent years.

There was no immediate claim of responsibility, but the Boko Haram group and rival group ISIS in West Africa (ISWA), splintered from ISIS, have often carried out attacks in the area.

Local government chairman Mohammed Bulama was quoted as saying on state television that the terrorists killed 21 people returning from the funeral on Saturday and another 44 people when they were met with return fire.

Others were injured, he said, meaning the death toll may rise.

President Muhammadu Buhari on Sunday condemned the attack and directed the military to hunt down the perpetrators, a statement from the presidential office said.

Borno state is the epicenter of the Boko Haram and ISWA insurgency. The conflict has lasted a decade, during which time the terrorists have killed thousands and millions have fled from their homes in the region.

Resident Bakura Mallam Amadu said he saw the terrorists gather before firing on the funeral attendees. A security source said Islamists attacked on motorbikes and in vans.

Buhari won a second term in February promising to improve security in Nigeria.

Nigeria’s government says Boko Haram and ISWA have been largely defeated and driven out of territory they once held, but they continue to attack both civilian and military targets.