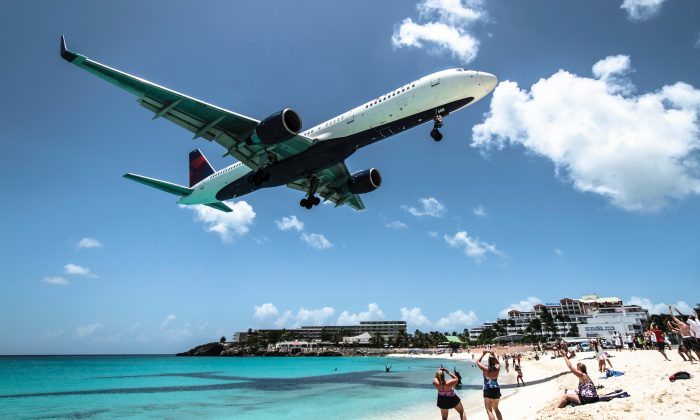 A Delta Air Lines pilot whom authorities suspected to be intoxicated was removed from a fully boarded plane in a Minnesota airport and arrested.

The pilot, later identified as 37-year-old Gabriel Lyle Schroeder, was taken into custody on Tuesday morning, July 30 after police officers at the Minneapolis-St. Paul International Airport smelt alcohol from his breath and found a bottle of booze on him, reported CNN.

Before boarding the flight to San Diego, California, Schroeder was seen turning around and leaving a security line when he noticed extra screening, according to the airport’s spokesman Pat Hogan, reported CNN.

The 37-year-old Delta Air Lines pilot suspected of being drunk was seen bolting a TSA screening line before he was taken into custody.

He would later rejoin the line and get on the plane.https://t.co/KN7fgGn3lA

“They were conducting some additional screening, and he saw that and got out of the line,” said the spokesman. “And when we investigated further, we found that he was in possession of an alcohol bottle.”

The pilot, whose suspicious behavior drew police attention, ultimately returned to the TSA screening line, according to MPR News. Police officers eventually tracked him through the airport to the gate where San Diego-bound Delta flight 1728 was about to depart.

“By the time we got to him, he was in the cockpit, but the plane hadn’t actually moved from the gate yet,” Hogan said.

Schroeder was pulled out of the fully-boarded Airbus A321 and arrested by the police around 11 a.m., just 20 minutes before the flight. The local ABC affiliate KSTP reported they conducted two sobriety checks. One found he was under the influence of alcohol, and results from the second are still pending.

As the police were searching Schroeder, they found he had “an alcohol bottle,” Hogan told KSTP.

In a statement to CNN, the Delta Air Lines spokesman said the airline was working with local authorities to further investigate the incident.

“Delta’s alcohol policy is among the strictest in the industry, and we have no tolerance for violation. Delta is cooperating with local authorities in their investigation,” the statement said.

Under the regulation of the Federal Aviation Administration (FAA), pilots are prohibited from taking control of an aircraft if their breath alcohol concentration level is higher than 0.04 percent. They are also not allowed to drink any alcoholic beverage at all eight hours before a flight.

The current FAA regulation is partially due to a notorious incident that took place in Minnesota in 1990. Lyle Prouse, then the captain of Northwest Airlines Flight 650, became the first airline pilot ever arrested for flying under the influence. He served jail-time. The FAA officers failed to stop Prouse, who had been drinking heavily on the night before a flight from Fargo to Minneapolis with 58 passengers.

A 1990 New York Times report says that in blood tests taken two hours after the plane landed safely in Minneapolis, Prouse and his two co-pilots had shown blood-alcohol levels as high as 0.13 percent, higher than the 0.10 percent threshold that most states set for driving a car.