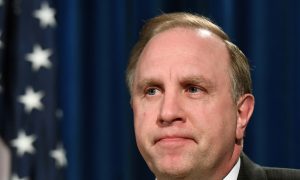 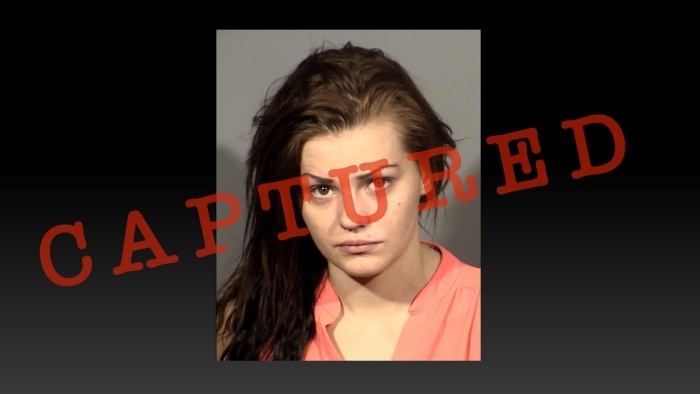 Detectives have found the suspect who ran over and killed a nail salon owner in Las Vegas on Dec. 29, 2018. Led by the FBI, the Criminal Apprehension Team (CAT) found and arrested Krystal Whipple, 21, in Phoenix, Arizona.

Press release regarding the arrest of Krystal Whipple. https://t.co/rrvBAskKwE
The booking photo is courtesy of the Maricopa County Sheriff’s Office. #LVMPDnews pic.twitter.com/LOoF6DiEyU

On the day of the incident, at about 3:45 p.m., Whipple walked out of a nail salon after she tried paying with a fraudulent credit card, according to a video by the Las Vegas Metropolitan Police Department (LVMPD). After the card was rejected, Whipple told Nhu Nguyen, the female nail salon owner, that she would get cash from her car, which the owner agreed to.

But when Whipple entered her car, Nguyen noticed that Whipple started it, so she ran out with her husband following behind. In trying to stop Whipple, Nguyen stood in front of the car after it pulled out of the parking space. Whipple did not stop and struck Nguyen. Nguyen was then dragged under the car as she fled the scene.

Other media have reported that the car Whipple was driving was a stolen rental vehicle and that the manicure fee she was dodging was $35.

Nguyen later died at the University Medical Center. Lt. Ray Spencer of the LVMPD, requesting the public’s help in finding Whipple, provided a video of the incident.

Information of Whipple’s whereabouts was developed by the LVMPD and later given to the FBI Phoenix Violent Crime Task Force. She was then found in Arizona. The Las Vegas Metropolitan Police Department released a report updating the public on the arrest (pdf).

A GoFundMe for Mom

Christy Le, the youngest daughter of Nguyen, started a campaign on GoFundMe a day after her mother’s death. Le describes her mother as hardworking and selfless.

“She had been constantly putting in 12-14 hrs a day, 7 days a week to send her daughters to college and to support her mother, siblings, and grandchildren.”

Le stated that she would be transparent with her donors, telling them that the funds will be used to pay for funeral expenses and any debts she may owe. Any money left over will be placed in her savings account, which will go toward her college tuition.

“I am currently on my third year as an undergraduate at UC Berkeley and my mom has been supporting me by paying for my rent and utilities, school fees, and other costs.”

Her mother’s funeral will be held in Orange County, California.

In an interview with Good Morning America, Whipple’s mother and grandmother apologized to Le for the death of her mother.

“I’m so sorry that you lost your mom, and I couldn’t imagine how you feel, and I hope that you find it in your heart to forgive my daughter and my family,” Whipple’s mother said sobbing.

Whipple’s mother took the chance to tell her daughter to turn herself in.

“You can’t run, baby. You cannot run! You have to come forward, baby.”