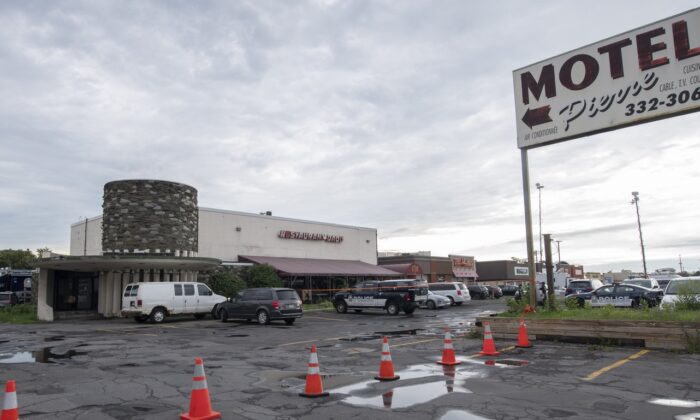 The scene where a 26-year-old man was killed after being shot by Montreal police at a motel in Montreal's St-Laurent borough early Aug. 4, 2022. (The Canadian Press/Peter McCabe)
Canada

A recent ruling by a mental health review board said the man suspected of randomly shooting dead three people in the Montreal area this week represented a “significant risk” to public safety.

Police killed the 26-year-old suspect, Abdulla Shaikh, Thursday morning in a motel room, after he had allegedly shot dead three men in a roughly 24-hour period.

The review board recognized, however, that the suspect had shown improvements over the previous six months, and it agreed with the psychiatrist that he should remain released under the same conditions.

Lawyer François Legault, who represented Shaikh during the March hearing, questions whether police could have been more patient before shooting him Thursday in the motel room.

He said in an interview today that police knew about his client’s mental health issues, and he said he wonders if the arrest could have involved people experienced with mental health cases.