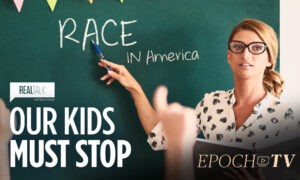 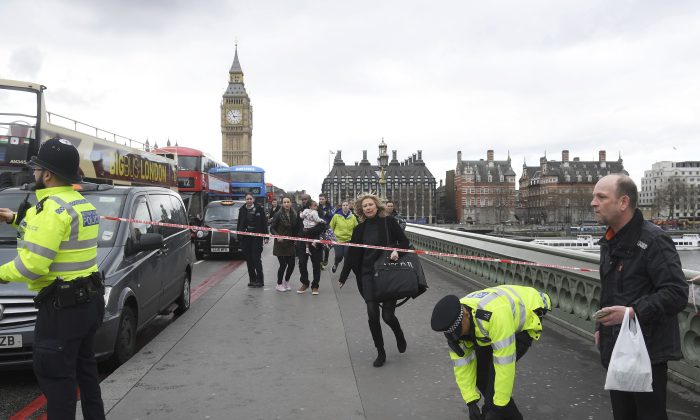 A woman ducks under a police tape after an incident on Westminster Bridge in London on March 22, 2017. (REUTERS/Toby Melville)
News

LONDON—A policeman was stabbed inside the perimeter of Britain’s parliament building on Wednesday, an assailant was shot outside and several people lay bleeding on a nearby bridge, Reuters witnesses and officials said.

A Reuters photographer saw at least a dozen people injured on Westminster Bridge and photographs showed people lying on the ground, bleeding heavily. The number of casualties was unclear.

The House of Commons, which was in session at the time, was immediately suspended and lawmakers were asked to stay inside.

Prime Minister Theresa May was safe after the incident, a spokesman for her office said. He declined to say where May was when the attack took place.

The leader of the House, David Lidington, said in the chamber that an assailant who stabbed a policeman had been shot by police.

Amid confusing scenes, it appeared the incident may have unfolded in several locations, including the busy bridge where tourists often congregate to take pictures of Big Ben and other attractions.

The incident took place on the first anniversary of attacks on Brussels in Belgium.

Reuters reporters inside parliament said a large number of armed police, some carrying shields, were pouring into the building.

Britain is on its second-highest level of “severe” meaning a terrorist attack is considered highly likely.

In May 2013, two British Islamic terrorists stabbed and hacked to death soldier Lee Rigby on a street in southeast London.

In July 2005, four British Islamic terrorists killed 52 commuters and themselves in suicide bombings on the British capital’s transport system in what was London’s worst peacetime attack.