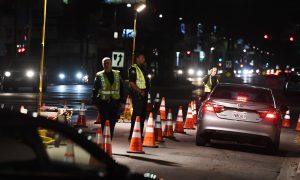 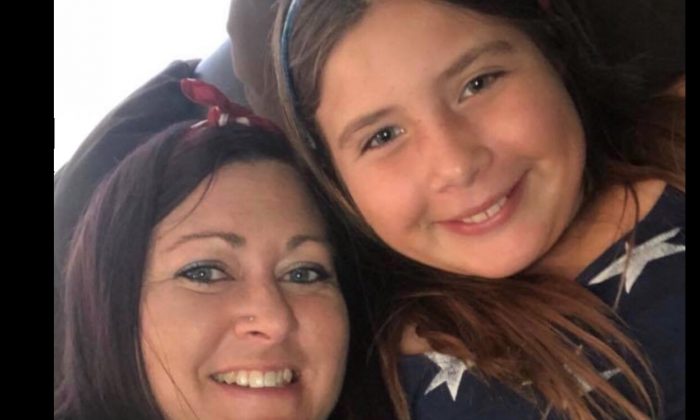 Jojo Gardner, 33, and her daughter Payton Castillo, 9, were killed driving home from a New Year's Eve party after a suspected drunk driver triggered a four-car crash in California early on Jan. 1, 2019. (Funeral And Memorial for Jojo and Payton Castillo/GoFundMe)
Crime and Incidents

The suspect who was arrested after a New Year’s Day crash that left a mother and daughter dead was released on Jan. 3, because prosecutors said there wasn’t enough evidence to charge him with a crime.

Melvin Branch, 30, walked out of the Santa Ana Jail on Thursday with his shirt wrapped around his head, reported CBS LA.

Branch was arrested on suspicion of driving under the influence (DUI) on Tuesday with a blood alcohol level over .08, the legal limit in California.

Branch had been scheduled to make his first court appearance on Thursday but the Orange County District Attorney’s office said there wasn’t enough evidence to file criminal charges against him.

The investigation into the crash continues and charges could come later. The crash killed Jojo Gardner, 33, and her daughter Payton Castillo, 9, who were driving home from a New Year’s Eve party.

“I asked them (CHP investigators) for further investigation and any and all reports pertaining to their investigation,” Deputy District Attorney Brian Orue said in a statement obtained by NBC 4. “It’s a multi-car collision, so there’s obviously a lot of moving parts so I’m waiting for them to submit all of their reports.”

Initially, the California Highway Patrol said that Branch was driving a BMW sedan at “an extremely high rate of speed” on the westbound 22 Freeway when his car rear-ended a Lexus, sending it into a barrier along the right shoulder, reported KTLA.

The BMW then kept going and slammed into a Ford F-150 pickup truck, which overturned and skidded across all the traffic lanes.

A fourth car, a Mazda sedan, then struck the pickup and slammed into the center divider.

The drivers of the Lexus and Mazda escaped the crash uninjured. Gardner and Castillo were riding in the Ford pickup truck.

We were there when suspected drunk driver Melvin Branch was released from jail. Police say he caused a 4-car crash that killed a mom & her 9 year old daughter. @nbcla #nbcla pic.twitter.com/CHxKuQW7gJ

A fundraiser started by family friend Rick Perez aims to go towards funeral costs and memorial services for the mother and daughter.

“They are survived by father Danny Castillo, and brothers Christian and Logan Castillo. The family thanks everyone for their help and support during such difficult times. God Bless!” he wrote.

The GoFundMe raised over $45,000 as of the time of this publication.

Danny Castillo spoke out after his wife and daughter were killed, urging people not to drive drunk.

“If you’re going to drink, stay home. Or find someone to get you. Don’t get in that car and drive,” he said through sobs, according to NBC LA.

He remembered his daughter as loving to draw, play sports, and dance. “She was one of a kind and I don’t have her no more. I don’t want anyone to have to go through this. It’s not fair,” Castillo said.

Castillo’s 7-year-old son, who was also riding in the truck, was uninjured in the wreck, his grandfather said.

Castillo’s wife Jojo Gardner was a mother of three and a teacher’s aide at Juan De Anza Elementary School.

“She was a good woman. She was loved,” her father Juan Alvarez said.

DUIs killed nearly 1,200 people in the state in 2013, the most recent year that statistics were available for; more than 160,000 people were arrested in 2013 on suspicion of driving under the influence, according to the state’s Department of Motor Vehicles (pdf). About 74 percent of those arrested in 2012 were convicted.

Because of the high number of arrests, California in 2011 implemented a policy to immediately suspend the driver’s license of anyone suspected of driving under the influence.