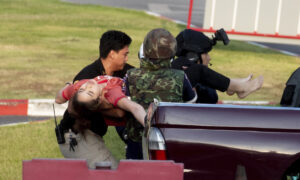 Thai Soldier Kills 29 in Rampage Before Being Fatally Shot
0 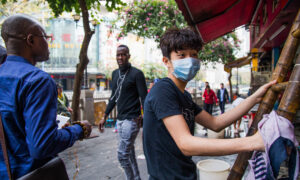 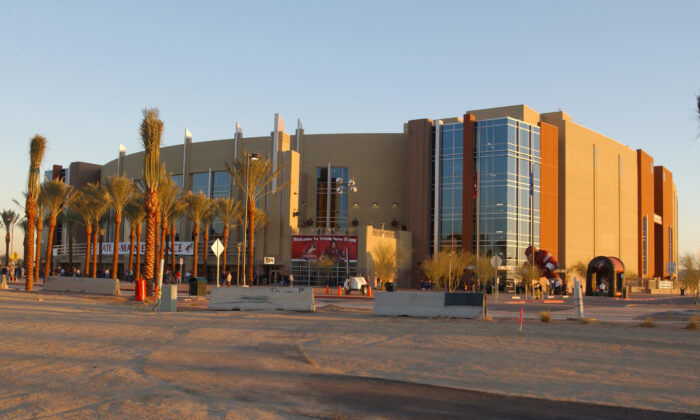 Exterior view of the Glendale Arena, home of the Phoenix Coyotes and located in the Westgate Entertainment District in Glendale, Arizona. (Barry Gossage/Getty Images)
Crime and Incidents

Suspect in Custody After 3 People Shot at Arizona Shopping Center

Police in Arizona have arrested a suspect after three people were shot at the Westgate Entertainment District in Glendale on the evening of May 20, officials said.

Officers responded to the Westgate Entertainment District around 7:25 p.m. after receiving multiple reports of a shooting in the area, Glendale Police Officer Tiffany Ngalula said in a televised briefing Wednesday night.

“There were three victims who suffered gunshot wounds, one person we believe to be in a critical condition was transported to a local … hospital while two others have non-life-threatening injuries at this time,” Ngalula said, but did not name the suspect.

Earlier on Wednesday evening, Glendale police tweeted that people should stay out of the Westgate area, stating, “Preliminary info from our dispatch is there were at least two persons struck by gunfire and one person is in custody. PIO is en-route to the scene.”

They later tweeted that there were no further reports of active shooting and one suspect was in custody, adding, “We are shutting down the Westgate area to ensure everyone is safe.”

Ngalula said the shooting was over by the time officers arrived at the scene, adding that police “challenged the suspect and were able to take that person into custody.”

Video footage of the shooting filmed by an eyewitness and uploaded to Twitter shows police vehicles at the scene as others try to run away while gunfire can be heard. Police officials told Fox 10 they are aware of video on social media involving the shooting, and they are asking people with the video to send them to police by contacting Silent Witness, or by calling Glendale Police.

On Twitter, Sen. Martín Quezada said he had witnessed the attack as it took place on Wednesday evening.

“I just witnessed an armed terrorist with an AR-15 shoot up Westgate. There are multiple victims,” he wrote. “I saw two victims with my own eyes. Not sure how many others saw the shooter. Being told not to say anything else about details ’til I speak to police. I’m OK. Lots of shaken up people.”

In a press release Wednesday, Arizona Gov. Doug Ducey offered his condolences to the victims of the shooting, as well as their families.

“We are in close contact with Glendale officials tonight, and monitoring this incident as more information becomes available,” he said. “First and foremost, our hearts and prayers are with the individuals and families impacted tonight, as well as the first responders and police officers who are on the scene. As we learn additional details, the state is here to continue to offer its full support to the victims and to the community.”

“The Arizona Department of Public Safety has been in regular communication with the Glendale Police Department and the State of Arizona stands ready to provide any resources and support needed,” the governor added.

Correction: A previous version of this article incorrectly stated the location of the hospital where a victim was transported. The Epoch Times regrets the error.