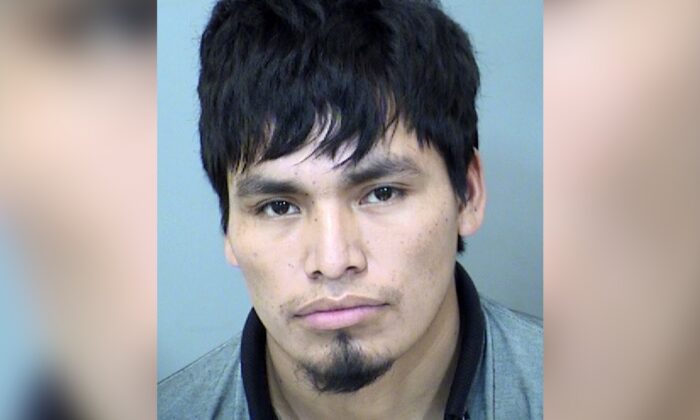 Suspect Arrested in Killing of 3 Mexican Cousins in Phoenix

PHOENIX—A suspect has been arrested in the killing of three cousins from Mexico whose bodies were found in a vacant lot in Phoenix last month, police said Thursday.

Sgt. Philip Krynsky, a Phoenix Police Department spokesman, identified the suspect as Juan Vargas, 21, but said the investigation was continuing and that no additional information about the killings was immediately available.

The cousins were from the Mexican state of Oaxaca and relatives said they had been driving to Wisconsin to live with relatives, Phoenix TV station ABC15 reported.

Vargas was booked on suspicion of first-degree murder during the commission of a crime, kidnapping, armed robbery with a deadly weapon, and abandonment or concealment of a body, jail records said.

It wasn’t clear whether Vargas had an attorney who could speak on his behalf.

Their bodies had obvious signs of trauma, police said.