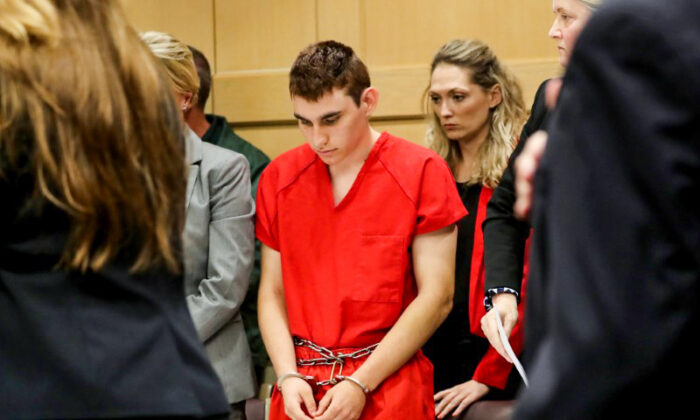 Survivors and families of the victims killed in the 2018 Florida high school shooting have reached a $25 million settlement with the Broward County school district in a lawsuit that had accused it of negligence, the South Florida SunSentinel reported.

A total of 17 people were killed and 17 were wounded in the massacre at Parkland’s Marjory Stoneman Douglas High School when troubled former student Nikolas Cruz, now 23, walked onto the campus on Valentine’s Day and opened fire.

David Brill, the families’ attorney, confirmed to the SunSentinel on Monday that 52 families of those killed, injured, or traumatized during the mass shooting will be part of the settlement.

The largest payments will go to the 17 families whose children or spouses were killed. They will all receive an equal amount but Brill did not provide further details as to exactly how much money they will receive or how the money will be divided.

The settlement comes after the school district had won a state Supreme Court ruling that could have capped total damages at $300,000 without approval from the Legislature.

“This settlement is fair and remarkable given the circumstances,” Brill said, but noted that it is still “nowhere near enough money to compensate the victims. Indeed, there isn’t enough money in existence to do that.”

The Epoch Times has contacted the school district for comment.

The lawsuit alleged that negligence was “a contributing factor” that led to Cruz opening fire.

Andrew Pollack, whose 18-year-old daughter, Meadow, died in the shooting, said the settlement is “painful money.”

“It’s hard to talk about money because your daughter was murdered,” he told the SunSentinel. “How could you be happy about it?”

The office of Chief Communications Officer Kathy Koch said in a statement to the SunSentinel that, “this continues to be pending litigation, which the District does not comment on.”

Plaintiffs include two Broward school board members who were elected after having family members killed in the shooting but did not take part in district discussions of the settlement: Lori Alhadeff, whose 14-year-old daughter Alyssa was killed, and Debbi Hixon, who lost her husband Chris, a coach and security monitor at Stoneman Douglas. Their families will receive payments.

Payments will be made to the families of 17 people who died, 16 of the 17 who were wounded and 19 who suffered severe trauma, Brill said.

The family of one severely wounded student, Anthony Borges, who was shot in the lungs, abdomen, and legs, is pursuing their own lawsuit, stating that his injuries will require a lifetime of medical treatment, and as such require a greater payment.

The other families have suits pending against the Broward Sheriff’s Office and former Deputy Scot Peterson, the school’s armed resource officer, citing his failure to enter the school and confront the shooter. Peterson claims he did not know where the shots were coming from. He is facing criminal charges.

Families are also suing two security guards, Andrew Medina and David Taylor, who they claim failed to respond when the gunman arrived on campus. Medina was later transferred to another school.

Cruz reportedly grew up without a father and had recently lost his mother. Police officers had visited his home 39 times in just seven years in 2010 or later, with one former classmate, Brody Speno, saying that the police seemed to be at Nikolas Cruz’s house “almost every other week.”

Neighbors of Cruz and his adopted parents also recalled a number of incidents, including one time when he was in the backyard with a BB gun, shooting at chickens, and said “something wasn’t right about him.”

It was later revealed that the FBI was warned of Cruz months prior to the shooting but did not act on the information.

Following the Marjory Stoneman Douglas massacre, then-Gov. Rick Scott signed into law a measure that bars residents who are younger than 21 from buying guns.