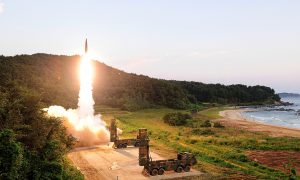 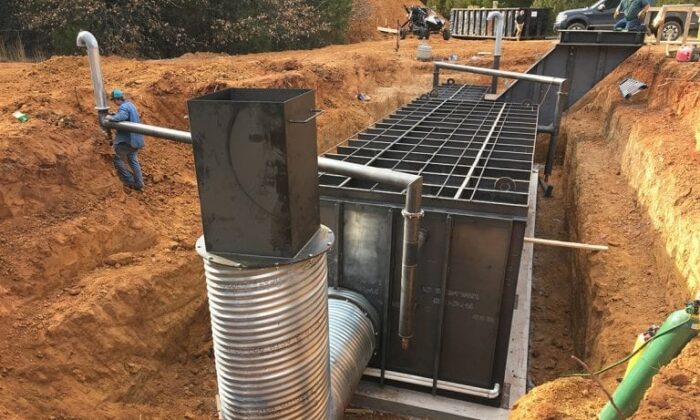 This modular square shelter is what one of the reinforced models that Atlas Survival Shelter builds at its construction plant in Texas. (Company photo)
Social Issues

Years ago, the neighbors next door would have thought it strange if they saw you building an underground survival shelter in your backyard.

Fast forward to 2021, and it’s not so fringe any more. “Doomsday bunkers” are a booming business, as society as we’ve known it seems to be on the verge of upheaval and collapse.

For Gary Fetters, owner of ICF Specialist in Litchfield, Arizona, if you want to survive these uncertain times, you need a solid shelter—“a place to ride it out.”

“We’ve been doing bunkers for a very long time, 12 or 13 years. We do a lot of safe rooms,” Fetters told The Epoch Times.

“When we mention it, they’re interested in connecting a walk-in or closet to a vault or safe room.”

Over the past five months, Fetters said he’s gotten more requests from people looking to build a custom home with Insulated Concrete Forms (ICF): hollow foam blocks that are stacked, much like Lego pieces, into the shape of exterior walls of a home or building.

The blocks are reinforced with steel rebar, and then filled with concrete, making them 100-percent “bullet-proof,” Fetters said.

While Fetters’ company specializes in ICF construction projects, he also builds Division 1 bunkers for below ground. These bunkers vary in size, price, and accommodations, and are FEMA code built with ICF materials to meet a range of climatic challenges and security needs.

“Most of the people we build for are building custom homes and looking for the safety of the system, rather than a bunker,” he said.

One bunker the company built boasts a theater room and bar, “so they can live down there, and entertain down there,” Fetters said.

Another bunker comes with a gym and sauna.

For the most part, Fetters said his customers are concerned about disaster preparation, and the proverbial “social meltdown, where people are going to be fighting for supplies” above ground.

“You need to be safe. I just built my daughter a house in Missouri. I built a shelter inside of the house, in case of violence,” he said.

Before the 2020 social unrest sparked by the death of George Floyd, Fetters needed three days’ lead time on a project, given the lower demand.

Now, he needs at least 12 weeks’ notice, and “that’s the demand for the material,” he said.

Looking ahead, Fetters sees an increasing demand for safe rooms, vaults, and other fortified structures for when the proverbial doo-doo hits the fan.

At Atlas Survival Shelters in Texas, owner Ron Hubbard said his phone has been “ringing off the hook [with orders], especially since the Afghanistan thing.”

“I’ve gotten enough orders to hold me for two years. It’s been pretty steady,” Hubbard told The Epoch Times. “I don’t think the pandemic had much to do with it.”

What are his customers most concerned about?

“They just think the world is becoming an unsafe place. They want a Plan B” against another pandemic or civil war, Hubbard said.

Hubbard said his largest order was for a 4,200-square-foot bunker that cost $2.2 million to build and install.

He admits that many of his customers, who always remain anonymous, are well off financially.

“A typical family really needs a bunker with 500 square feet” that can hold up to 10 people, Hubbard said. “I’ve got bunkers going everywhere” throughout the United States and overseas. “It is a steady, constant business for me right now.”

Not all people in the market for an underground bunker are doomsday “preppers,” said Cory Hubbard, owner of DEFCON Underground Manufacturing in Missouri.

“We are definitely seeing an increase in sales and in general interest in our underground shelters. A lot of people that are not normally preppers or general survivalists are showing a lot of interest. In fact, the majority of your customers are everyday people that could be your average neighbor,” Hubbard told The Epoch Times.

Hubbard said the main concerns driving the trend are the pandemic and “just the general state of affairs around the world.”

“Most of our customers believe things are not prone to get better but worse. A lot of them had their eyes open when you couldn’t find simple things like toilet paper or common household goods at the store,” Hubbard said.

As bad as COVID-19 was, Hubbard added, “things did level out fairly fast, as in groceries and such.”

“These customers are worried now about something maybe two to three times worse and what that would look like. I mean, to be honest, could we make it through something like that? A lot of people for the first time are thinking maybe I do need a way to keep my family safe and provided for more than what was normal,” Hubbard said.