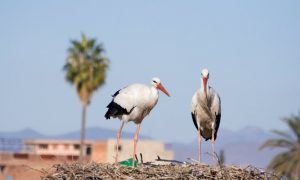 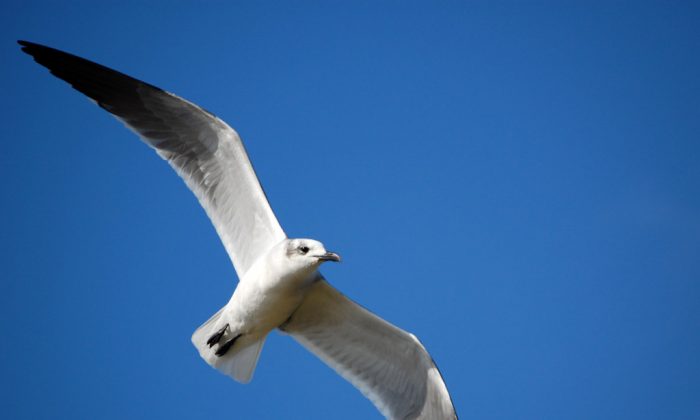 "No one has really looked at what people will be willing to pay for these more common species, ones that aren't necessarily endangered or threatened. We wanted to address that because people living in urban areas don't encounter endangered species on a daily basis," says Barbara Clucas. (James Willamor, CC BY-SA 2.0)
Environment

Rather than asking people about the economic value of charismatic or endangered species, a new study asks city-dwellers about birds in their backyards and parks.

Researchers compared two types of common birds—finches and corvids—in Seattle and Berlin, asking residents how much they would pay to conserve the species and what they spend, if anything, on bird food.

The researchers find that both cities place a “sizeable” value on bird enjoyment, somewhat more so in Seattle. Residents in both cities spend more than the average US adult on bird-supporting activities, which suggests that people from Seattle and Berlin value having birds around their homes and neighborhoods more than in most cities.

These activities, in turn, also show that birds benefit the local economies as residents invest in food and nesting structures.

“This paper shows that our interactions with birds actually have a pretty high economic return to the community where you live,” says coauthor John Marzluff, a professor of environmental and forest sciences at the University of Washington.

“We know that having a livable, green community that attracts birds also increases the value of homes in that area. This paper shows there’s an economic service birds are providing.”

The researchers say this is the first look at estimating the economic value of enjoying common birds in an urban setting. Previous studies have assessed people’s willingness to pay to see rare or charismatic birds and to pay for conservation of endangered species, but these instances don’t affect most people.

“No one has really looked at what people will be willing to pay for these more common species, ones that aren’t necessarily endangered or threatened. We wanted to address that because people living in urban areas don’t encounter endangered species on a daily basis,” says coauthor Barbara Clucas, a lecturer at Humboldt State University who completed this study as a postdoctoral researcher at the University of Washington.

Clucas in the Seattle area and collaborators in Berlin went door-to-door and surveyed dozens of households in different types of neighborhoods—urban with apartments, dense suburban, light suburban, and rural.

The researchers asked specific questions about how residents viewed corvid and songbird species, whether they would pay for conservation of these species and what they spent annually on bird food.

In both Seattle and Berlin, residents’ willingness to pay for bird conservation was higher for finch species than for corvids. Interestingly, some Seattleites said they would pay to actually reduce the crow population in the city, though many also appeared indifferent about crows.

In contrast, Berliners were willing to pay a small amount to increase the city’s crow population, but they had an overall negative reaction to conserving magpies, another corvid species associated by legend with stealing and mischief.

“There’s a lot of culture that goes along with these birds, and that influences how we view them,” Marzluff says.

The researchers also note that residents living in the urban core in both cities interacted the least with birds. The more we feed and house birds, the more variety and density appear around our homes. If that interaction isn’t happening in urban cores, “there’s a greater disconnect between nature and humans in those areas, and that’s where most of the population lives,” Marzluff says.

That interaction is important for human-nature connections that can lead to greater appreciation for the natural world, he adds.

The US Department of Agriculture and the German Research Foundation supported the work, which appears in the journal Urban Ecosystems.