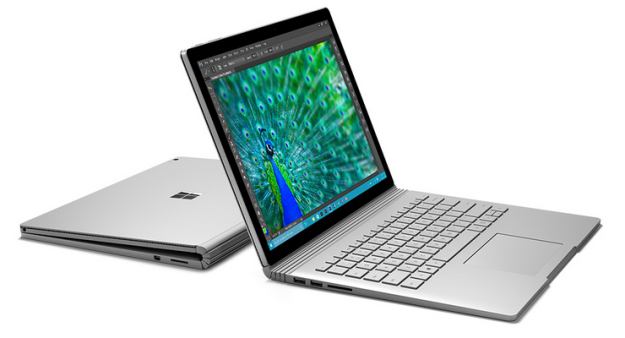 Surface Book Vs MacBook Pro: Which Is More Powerful?

Microsoft woweed its audience earlier this week with the announcement of its Surface Book, which is basically a beefed up version of the Surface Pro 4. Dubbed as the “ultimate laptop,” the new computer is an impressive 13.5-inch Windows 10 tablet and one of Microsoft’s best creations to date.

But the company apparently also misrepresented what the Surface Book can do in terms of performance, especially when suggesting the device can offer twice the performance of the MacBook Pro.

DON’T MISS: Microsoft made the ultimate laptop: the Surface Book

But the $1,499 Surface Book will likely not beat the $1,299 MacBook Pro by the margin Microsoft indicated. In fact, Business Insider says the entry-level Surface Book may be less powerful than the cheapest MacBook Pro, as Apple’s most affordable 13-inch Pro laptop has a slightly faster Intel i5 processor. On the other hand, the Surface Book has a newer Intel i5 chip inside.

You need to spend an extra $400 on the Surface Book to get the advertised performance. That’s because the base Surface Book doesn’t come with a discrete GPU (dGPU) on board (Nvidia GeForce GPU with GDDR5 memory that was fine-tuned by the Xbox team for the Surface Pro), which is capable of significantly helping out with performance.

Placed inside the keyboard dock, the GPU handles all the graphics-heavy elements on the screen, and the $1,899 Surface Book (and more expensive versions) have a GPU inside. Meanwhile, no 13-inch MacBook Pro model, including build-to-order versions, have discreet GPUs. That’s something you’d find on the bigger 15-inch model.

Therefore, Microsoft’s performance claims are likely accurate when comparing a $1,899 Surface Book to a $1,299/$1,499 MacBook Pro. But that pricing detail is something Panos Panay wasn’t exactly pumped to reveal on stage. In fact, the general impression Panay left us with was that the cheapest Surface Book model will include that GPU he talked so much about during the event, and therefore that it would crush the similarly-sized-and-priced MacBook Pro in performance.