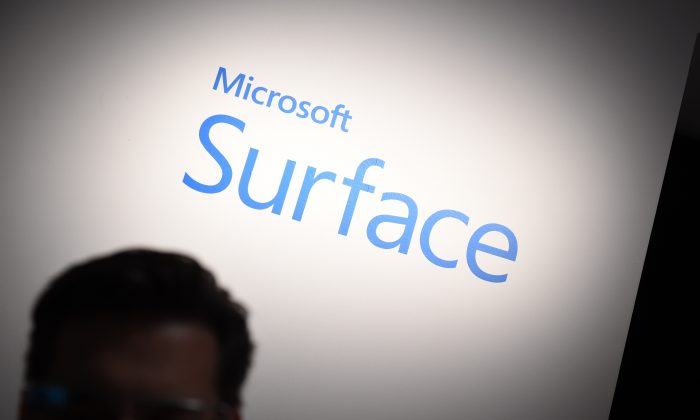 A guest waits for the launch of the new Microsoft Surface Pro 3 tablet computer May 20, 2014 in New York. (STAN HONDA/AFP/Getty Images)
Soccer

Surface 3 Rumors, Release Date: Is Microsoft Following Up the Surface Pro 3 With Another Tablet in October?

Microsoft could launch a new tablet in October.

Earlier in June, Microsoft finally debuted its Surface Pro 3. The tablet has been favorably reviewed, and rates well against present competition like Apple’s iPad Air and Samsung’s Galaxy Tab S 10.5.

It was rumored that Microsoft has a Surface Mini in the works, but the eventually cancelled the project because they couldn’t see how much difference it would make.

However, a new Surface tablet could be in the works, according to a report from Digitimes.

An unnamed source from a Taiwan-based supply chain maker told Digitimes that Microsoft will start production of a 10.6-inch “new version of Surface” in August, and it is slated for a September release.

This new Surface is “slimmer and lighter,” and is expected to do better than the Surface Pro 3 sales wise.

LOS ANGELES (AP) — Microsoft said Friday it is suing Samsung for threatening to stop paying Microsoftroyalties for patents behind the Android operating system.

The two companies came to a deal in September 2011 to cross-license each other’s patent portfolios. Samsung wound up paying Microsoft royalties on a series of patents.

Microsoft, based in Redmond, Washington, says more than 25 companies are licensing the patents, including Samsung, Acer and ZTE, covering roughly 80 percent of the Android-based smartphones sold in the U.S.

After initially refusing to pay royalties in the second year of the deal, Samsung made a late payment in November but did not add on interest, according to a redacted copy of the complaint filed in federal court in New York and provided by Microsoft.

The complaint also alleged that Samsung has asked South Korean competition authorities to change the contract to reduce or eliminate its payments to Microsoft.

Samsung said in a statement, “We will review the complaint in detail and determine appropriate measures in response.”