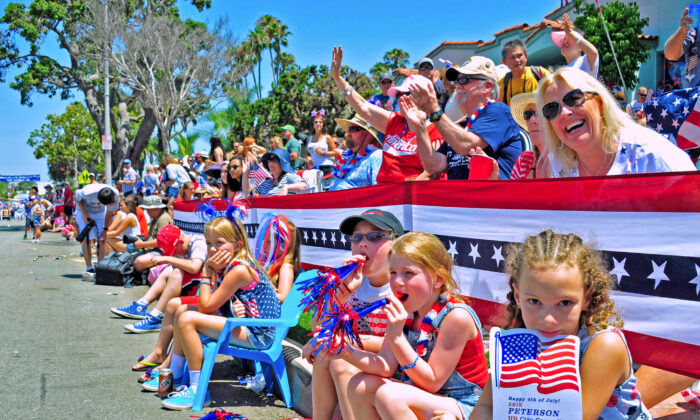 Surf City Preps for 4th of July Parade and Fireworks

The weekend full of events kicks off June 30 with a Main Street Block Party from 5 to 9 p.m. Presented in partnership with the Huntington Beach Downtown Business Improvement District, there will be a vendor fair lined up on the first three blocks of Main Street and live music from a city showmobile.

Over 70 vendors and carnival rides will line Huntington Beach’s Pier Plaza from July 1 through 4. Food trucks, pop-up food vendors, and fenced-off alcoholic beverage sponsors will be open for refreshments under the July heat.

On the morning of July 4, the annual Surf City 5k Run at 7 a.m welcomes all ages. Registration is open at the Run Surf City website. Registration is $45 for adults and $25 for kids. The run will take place on the Pacific Coast Highway and Main Street.

Residents can expect street closures from Goldenwest Street to Beach Boulevard to Gothard around 5 a.m. that morning.

The 4th of July Parade is returning for its 118th year from 10 a.m. to 2 p.m. There are around 100 parade entries including elected officials, military veterans, public safety personnel, marching bands, community groups, and vintage cars. The route runs from the Pacific Coast Highway to 9th Street and along Main Street.

The annual Fireworks Over the Ocean display will be shot off the Huntington Beach Pier July 4 at 9 p.m. Views of the show can be seen up and down the beach or in the streets of downtown. Pier and VIP seating options are available to purchase on the firework event site.

The firework show is presented by Robert Mayer, a long-time resident and major developer in Huntington Beach. Mayer was recognized by the city council on June 21 for his work, and for sponsoring the 4th of July 2021 fireworks show.

After receiving Mayor Barbara Delgleize’s thanks on behalf of the city, Mayer said, “I’m very proud to be a part of the whole city.”