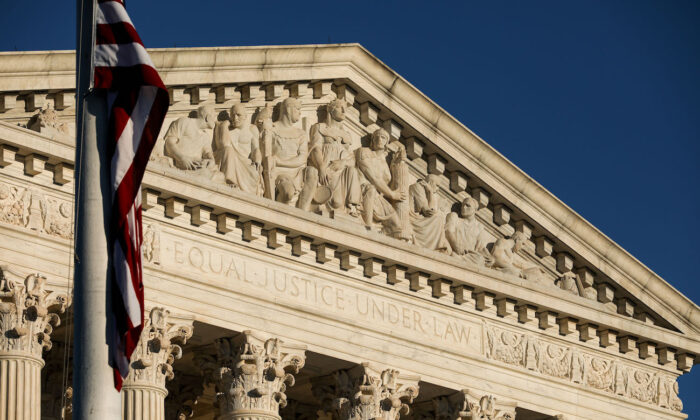 Lawyers for both the Biden administration and a longtime illegal alien who falsely stated he was a U.S. citizen on a driver’s license application told a skeptical Supreme Court on Dec. 6 that a federal appeals court erred when it ruled a deportation order against the man should be allowed to stand.

How the high court rules in this case could create a legal standard regarding how much, if any, discretion judges have in cases in which aliens are seeking green cards.

The appeal at hand is Patel v. Garland, court file 20-979, which comes from an Aug. 19, 2020, ruling by the U.S. Court of Appeals for the 11th Circuit. The hearing, which was dominated largely by discussions of the meanings of legal terminology, lasted 92 minutes, exceeding the allotted hour.

Pankajkumar S. Patel is a citizen of India who has resided in the United States since entering the country unlawfully in February 1992. He is married to co-petitioner Jyotsnaben P. Patel and together, they have three children.

Patel checked a box on a driver’s license application in Georgia identifying himself as a U.S. citizen, even though he was eligible for a license regardless of his lack of citizenship. He later claimed he checked the box inadvertently and then tried to obtain lawful permanent resident status under a process authorized by Congress called “adjustment of status” that allows individuals physically present in the country to upgrade their immigration law status to lawful permanent resident without having to leave the country.

More than 104,000 noncitizens adjusted status from inside the United States in the second quarter of fiscal 2021, a 22 percent drop from the year-earlier period, according to a report by the U.S. Department of Homeland Security (DHS). The department stated that “COVID-19-related public health challenges” pushed the numbers down.

In 2012, the government moved forward with deportation proceedings before an immigration judge. Patel argued his application for adjustment of status was a defense to deportation and renewed his request to be processed for a green card. The DHS replied that the false claim of U.S. citizenship undermined his defense. The immigration judge agreed.

The Board of Immigration Appeals (BIA) held Patel was inadmissible under federal law because he “falsely represented” himself as a U.S. citizen for a benefit under state law.

Rejecting the government’s own position and that of nearly every other circuit, by a 9–5 vote, the 11th Circuit declined jurisdiction to review whether Patel was inadmissible for representing himself as a U.S. citizen. The 11th Circuit separately held, contrary to a precedent-setting BIA decision, that the relevant federal law makes noncitizens inadmissible even if their misrepresentation of citizenship is immaterial to the government benefit sought, according to Patel’s Supreme Court petition.

The justices seemed perplexed for much of the Dec. 6 hearing by the arguments advanced by both sides, as well as by the arguments made by an attorney appointed by the court, Taylor A.R. Meehan, who was tasked with defending the 11th Circuit ruling.

Patel’s attorney, Mark C. Fleming, told the court the government agrees that the law doesn’t “bar review of the agency’s threshold determination that Mr. Patel is ineligible for adjustment of status.”

“That understanding is consistent with the statutory text, context, and history,” he said.

Congress could have barred review of any individual determination or a final order of removal, but didn’t, Fleming said.

“I don’t understand where your argument is going,” he told the lawyer.

“What we want is the 11th Circuit to review our argument that the agency made an error in finding Mr. Patel ineligible. … And then, if that is reversed, it would go back to the agency that would then have to determine whether to grant relief … in the exercise of discretion,” Fleming responded.

“The factual issue here is not the ordinary kind of, was he lying in the legal proceeding, right, in which we usually say, oh, it’s a credibility determination as to whether he was lying on the stand,” Kagan said.

“The factual issue here … is … his intent … when he checked the box.

Raynor replied: “I don’t want to run from the fact that the immigration judge did find his testimony to be non-credible. … But I agree with you it is an objective question of historical fact.”

Kagan said that “the factual issue at issue here is not that. It’s what was his intent when he checked the box.”

Meehan told the court the issues in this case affect only “a very small percentage” of adjustment of status applicants. In 2021, the average approval rate for such applications “has hovered around 87 percent,” and 213,000 applications have been granted this year.

“So we shouldn’t care too much, because it doesn’t affect a lot of people?” the justice asked Meehan.