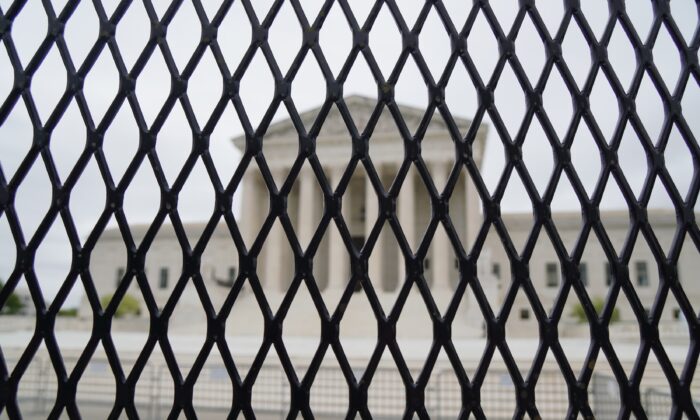 The Supreme Court has agreed to review the constitutionality of the Securities and Exchange Commission’s (SEC) system of adjudicating enforcement actions with tenure-protected administrative law judges employed by the prosecuting agency.

The high court agreed on May 16 to hear the case, SEC v. Cochran, court file 21-1239, in an unsigned order. The justices, as is their practice, didn’t explain why they granted the petition for certiorari, or review.

The U.S. Court of Appeals for the 5th Circuit sided with Michelle Cochran, a certified public accountant, finding that she had the right to challenge the constitutionality of the removal protections of her administrative law judge (ALJ) in federal court before undergoing an adjudication before an SEC ALJ.

Cochran’s victory in the 5th Circuit created a split among federal courts of appeal “on the precise question presented by the lawsuit: whether a federal district court has jurisdiction to hear a suit to enjoin an SEC proceeding based on a constitutional defect with removal protections for the [ALJ] conducting the proceeding,” the New Civil Liberties Alliance (NLCA), which represents Cochran, said in a statement.

NCLA describes itself as “a nonpartisan, nonprofit civil rights group founded … to protect constitutional freedoms from violations by the Administrative State. NCLA’s public-interest litigation and other pro bono advocacy strive to tame the unlawful power of state and federal agencies and to foster a new civil liberties movement that will help restore Americans’ fundamental rights.”

“Federal courts have an unflagging duty to enforce the Constitution before Americans like Michelle must endure years-long administrative adjudications that are predestined to be vacated on constitutional grounds.”

According to the NCLA, the legal question in the case “is vitally important to the hundreds of litigants ensnared in SEC administrative proceedings before ALJs who are unconstitutionally insulated from removal by the President.”

“Currently, ALJs can only be removed for cause, and the only people who can remove them are SEC Commissioners and then in turn, Merit Systems Protection Board members—all of whom enjoy ‘for cause’ protections from removal by the President,” the NCLA stated.

From 2007 to 2013, she worked for a small accounting firm called The Hall Group. She found working there unpleasant and quit in July 2013. In April 2016, the SEC launched proceedings against David Hall (the firm’s principal), Cochran, another accountant, and the firm itself. The SEC alleged Cochran violated the Securities and Exchange Act by failing to complete various auditing checklists in her auditing work for several companies.

The SEC, which prefers to litigate before its in-house tribunal, decided to move forward administratively, instead of in federal court. The case was assigned to an ALJ, “who, like other SEC ALJs, had not been properly appointed for purposes of the Appointments Clause,” according to Cochran’s brief (pdf).

The ALJ, Cameron Elliot, issued multiple orders and presided over a hearing at which Cochran represented herself. After the hearing, Elliot ruled against Cochran and imposed a $22,500 penalty on her, as well as a five-year ban from practicing before the SEC.

The SEC vacated Elliot’s decision after the Supreme Court ruled in a separate case, Lucia v. SEC (2018), finding that SEC ALJs are officers of the United States within the meaning of the Constitution’s appointments clause. That clause states in part that the president, “with the Advice and Consent of the Senate … shall appoint … all other Officers of the United States.”

The SEC determined that the proceeding in Cochran’s case was “tainted with an appointments violation” and launched a new proceeding before an official who was supposedly appointed properly. The administrative proceeding was still pending when Cochran filed her brief on March 29.

Cochran sued the SEC, its chairman, and the attorney general in federal district court and moved to enjoin the administrative proceeding, claiming that statutory restrictions on removing SEC ALJs violated Article Two of the Constitution, which lays out the powers of the executive branch. The district court threw out Cochran’s complaint for lack of subject-matter jurisdiction, noting that under the Securities and Exchange Act, “a person aggrieved by a final SEC order may obtain review of it in the federal court of appeals.”

The Supreme Court is expected to hear oral arguments in the case in its new term, which begins in October.