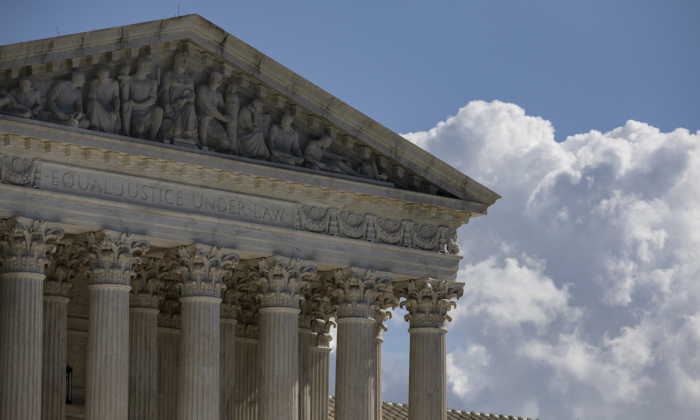 The Supreme Court has agreed to consider whether the Constitution’s ban on double jeopardy bars the prosecution of a defendant in federal district court after he has been convicted in a Court of Indian Offenses.

In the case Denezpi v. U.S., Merle Denezpi first received a prison term of less than 5 months, but was later given a 360-month sentence for the same criminal act. The unsigned order, dated Oct. 18, didn’t provide reasons for the decision, consistent with Supreme Court customs.

Courts of Indian Offenses are courts created by the U.S. Bureau of Indian Affairs (BIA), which is part of the U.S. Department of the Interior, to administer criminal justice for those tribes that lack their own criminal courts.

The Double Jeopardy Clause in the Constitution forbids subsequent prosecutions in federal district court arising from the same set of facts. But under the dual sovereignty doctrine, which has been upheld by the Supreme Court, a second prosecution is allowed if the defendant was tried first in a state or tribal court.

The case goes back four years, when a BIA police officer arrested Denezpi and filed a criminal complaint with the Court of Indian Offenses of the Ute Mountain Ute Agency.

The charges against Denezpi, of Shiprock, New Mexico, resulted from a sexual encounter with a fellow member of the Navajo Nation that took place in July 2017 on the Ute Mountain Ute Reservation in Towaoc, Colorado. Denezpi claimed that the encounter was consensual, but the female victim asserted that it wasn’t. He reportedly threatened the victim’s life if she reported the assault.

He was charged in the local Court of Indian Offenses with making terroristic threats, false imprisonment, and assault and battery, in violation of the Ute Mountain Ute Code. In December 2017, he entered a so-called Alford plea in which he pled guilty to the assault and battery charge, but maintained his innocence. In exchange, the prosecutor dropped the other two charges. The court sentenced Denezpi to 140 days behind bars.

Based on the same underlying facts, Denezpi was then indicted by a federal grand jury in June 2018 on one count of aggravated sexual assault under 18 U.S. Code Section 2241. He was convicted in federal court and sentenced to 30 years of imprisonment in March 2019.

Then-U.S. Attorney Jason R. Dunn said at the time that justice was done.

“Our office is committed to vigorously prosecuting crimes committed on the Ute Mountain Ute Indian Reservation,” Dunn said in a statement. “Mr. Denezpi wrongly believed that he could commit a violent assault, silence the victim with threats, and lie his way out of accountability. Thanks to the work of our prosecutors and law enforcement partners, he was proven wrong.”

But Denezpi is arguing that the Court of Indian Offenses, sometimes called the CFR court after the Code of Federal Regulations, is part of the U.S. government and that the double jeopardy rule precludes a second prosecution.

“The charges Mr. Denezpi faced in the CFR court—coupled with the manner in which those charges were resolved—further support a finding that the CFR court is a quasi-federal court for Double Jeopardy purposes,” he argued in his petition to the Supreme Court.

The caption on the pleadings in the CFR Court, in this case, United States of America v. Merle Denezpi, supports “the conclusion that the CFR Court is a federal court for purposes of double jeopardy analysis,” the petition states.

All criminal complaints in CFR Court, including the one filed against Denezpi, are captioned “United States of America v. [Name of Defendant].”

Denezpi was “twice prosecuted in the name of the ‘United States of America’ for unitary conduct.” The second prosecution should have been dismissed and the U.S. Court of Appeals for the 10th Circuit erred in affirming that ruling, the petition states.

The Biden administration opposed Denezpi’s petition to the high court.

“Petitioner does not dispute that if he had been prosecuted in a tribal court, there would be no double jeopardy concerns,” the government stated in its brief in opposition. “And his efforts to distinguish the prosecution here lack merit.”