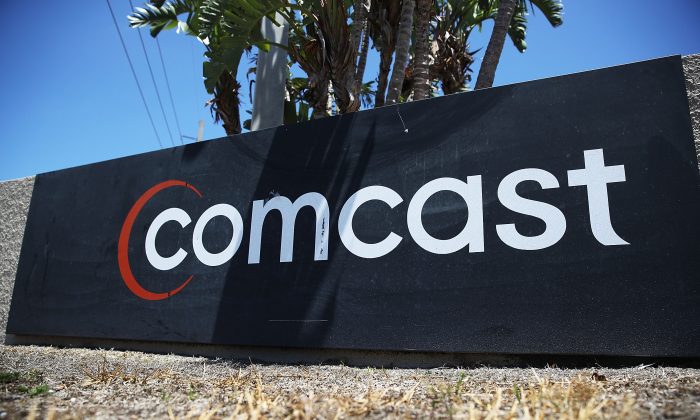 WASHINGTON—The Supreme Court has agreed to consider whether a black television programmer can use civil rights laws to sue the nation’s largest cable TV provider for refusing to do business with him.

Philadelphia-based Comcast Corp. lost its case before the 9th Circuit Court of Appeals, but the Supreme Court granted the cable provider’s petition for certiorari on June 10, in a case known as Comcast Corp. v. National Association of African American-Owned Media.

Comcast declined to do business with Entertainment Studios Networks (ESN), which is owned by black entrepreneur Byron Allen. ESN sued under provisions of the Civil Rights Act of 1866, now known as 42 U.S. Code Section 1981.

“All persons within the jurisdiction of the United States shall have the same right in every State and Territory to make and enforce contracts, to sue, be parties, give evidence, and to the full and equal benefit of all laws and proceedings for the security of persons and property as is enjoyed by white citizens, and shall be subject to like punishment, pains, penalties, taxes, licenses, and exactions of every kind, and to no other.”

A panel of 9th Circuit judges found the allegations raised against the company plausible enough to move forward, but Comcast appealed that decision.

In its petition, the company stated that ESN, which owns several TV networks that it wanted Comcast to carry on its cable system, “met multiple times to discuss a potential deal, but Comcast ultimately declined to carry ESN’s networks.”

ESN responded by filing suit against Comcast, “claiming that Comcast’s decision was based on an outlandish racist conspiracy between Comcast, the NAACP, and other civil-rights groups and leaders to disadvantage wholly African American-owned networks, in violation of 42 U.S.C. Section 1981.”

“Plaintiffs contend that Comcast did not base its decision on legitimate business considerations, but on an outlandish racist plot against ‘100 percent African American-owned media companies’—a contrived racial category gerrymandered to include plaintiffs and virtually no one else—that involved, among others, the United States government, the country’s oldest and most respected civil rights organizations (including the NAACP and the National Urban League), prominent African-Americans (including Earvin ‘Magic’ Johnson, Sean ‘Diddy’ Combs, and Al Sharpton), and ‘white-owned media,’” according to court documents.

ESN implied that it had a kind of affirmative action-like right to be carried by Comcast, claiming the company carried every network that its main competitors carried and even gave space to “white-owned, lesser-known networks.”

Comcast denied the allegations, saying it decided not to deal with ESN out of ordinary business calculations “including bandwidth constraints, a preference for sports and news programming, and the lack of demand for ESN’s offerings.”

ESN responded that even though “Comcast claimed that it did not have sufficient bandwidth to carry Entertainment Studios’s channels … Comcast launched more than 80 white-owned channels at the same time.”

Comcast has often aligned with left-wing interest groups and special pleaders. For example, the company recently withdrew from membership in the mainstream conservative group known as ALEC, or the American Legislative Exchange Council, which describes itself as a think tank for state-based public policy.

“We were very happy to hear that Comcast withdrew from ALEC and we think that it’s a great first step in aligning their memberships with their stated corporate values of respect and acting with integrity,” said Kate Monahan, shareholder-engagement manager for Friends Fiduciary Corp., a Quaker nonprofit that provides socially responsible investment management.