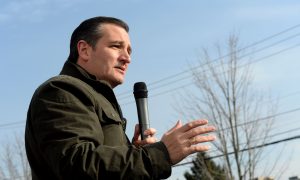 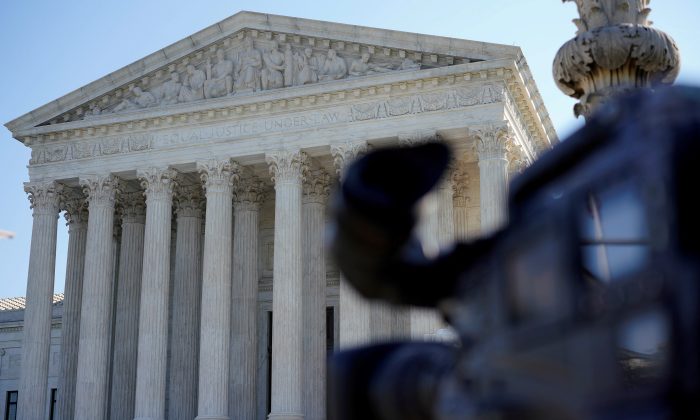 The Supreme Court is seen ahead of the start of its current term in Washington on Oct. 1, 2018. (Aaron P. Bernstein/Reuters)
US News

WASHINGTON—The Supreme Court took up its biggest gun rights case in nearly a decade on Jan. 22, agreeing to hear a challenge to New York City’s strict limits on handgun owners transporting their firearms outside of the home.

The decision indicates a new interest regarding gun rights on the court, where conservatives hold a 5-4 majority. The Supreme Court had not taken up a major firearms case since issuing important rulings in 2008 and 2010 that established an individual right to own guns for self-defense inside the home.

“The issue in the case seems small, but the implications could be tremendous,” said Adam Winkler, a professor at the University of California Los Angeles School of Law.

Although a ruling striking down the restrictions would not necessarily have broad impact, the court’s majority could use the case to set a new precedent that makes it easier for gun rights activists to challenge other regulations, Winkler added.

The New York case concerned people who have licenses to possess guns at home, known as “premises” licenses, and already are allowed to take unloaded guns to shooting ranges within New York City. The plaintiffs said the city’s rules forbidding them from taking their guns to ranges or other homes outside city limits amounted to a “draconian” transport ban in violation of the Second Amendment.

Premises licenses are different from “carry” licenses, which give holders broader freedom to take guns outside the home and are not at issue in the case.

The gun owners and the New York State Rifle & Pistol Association, an NRA affiliate, filed suit in 2013 challenging the transport limits in federal court in New York. The 2nd Circuit Court of Appeals in Manhattan last year rejected the constitutional challenge and said the restrictions advanced the city’s interest in protecting public safety.

The appeals court said the restrictions did not run afoul of the Supreme Court’s 2008 ruling that found for the first time that the Second Amendment protected an individual’s right to gun ownership under federal law, specifically to keep a handgun at home for self-defense. The high court in 2010 extended that right to state and local laws as well.

Since then, the justices had avoided taking up another major firearms case, despite gun rights proponents’ repeated attempts to extend those rights to other types of weapons and the hotly contested question of to what extent that right applies outside the home.

In recent years, the court has left in place “assault weapons” bans in New York, Connecticut, and Maryland, as well as laws over gun waiting periods and concealed-carrying permits in California.

The case will be heard and decided in the court’s next term, which starts in October and ends in June 2020.