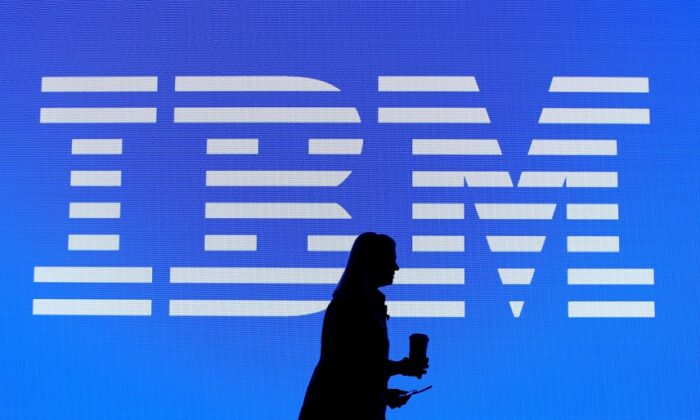 The IBM logo is seen at a trade show in in Las Vegas, Nevada on Jan. 8, 2019. (Justin Sullivan/Getty Images)
US News

WASHINGTON—The Supreme Court threw out a lower court’s decision and so revived a lawsuit by IBM employees who had invested in company stock. They argued they should be able to sue managers of the company’s retirement fund in stock-drop litigation for not disclosing that the company’s microelectronics business was overvalued.

The issue in the case, cited as Retirement Plans Committee of IBM v. Jander, is whether the fund managers can be held liable under the Employee Retirement Income Security Act (ERISA) for not promptly disclosing problems in the microchip-making division that caused the price of company stock to fall 7 percent. IBM is short for International Business Machines Corp., of Armonk, New York.

The Trump administration argued Nov. 6, 2019, that ERISA doesn’t generally compel corporate insiders to offer disclosures in excess of what securities laws mandate. Many companies across the nation offer their employees 401(k) programs that are governed by ERISA.

The decision remands the case to the 2nd Circuit Court of Appeals for reconsideration.

The retirement plans committee argued that there is no duty under ERISA for managers of an employee stock ownership plan to take action based on inside information. The high court noted the Trump administration argued a duty to divulge such information would run afoul of the goals of the “complex insider trading and corporate disclosure requirements imposed by the federal securities laws.”

The Second Circuit “did not address these arguments, and, for that reason, neither shall we,” the Supreme Court stated as it returned the case to the appeals court to provide it an “opportunity to decide whether to entertain these arguments in the first instance.”

The Supreme Court previously dealt with these issues in Fifth Third Bancorp v. Dudenhoeffer, a 2014 ruling that spelled out what plaintiffs have to include in their ERISA-based stock-drop lawsuits. Following that decision, most courts have tossed stock-drop lawsuits against corporate defendants such as JPMorgan Chase, Whole Foods, and Citigroup.

In the Jander case, retirement plan participants claimed in 2013 that the IBM division was losing money even though the company set its value at $2 billion. IBM offloaded the foundering outfit in 2014, leading to a large write-down and a $12.95 one-day drop in its stock price.

Kagan wrote in her concurrence that, under ERISA, retirement plan managers sometimes are required to take action based on inside corporate information.

Fifth Third Bancorp v. Dudenhoeffer “recognizes that a fiduciary can have no obligation to take actions ‘violating the securities laws’ or ‘conflicting’ with their ‘requirements’ or ‘objectives,’” Kagan wrote.

“At the same time, the decision explains that when an action does not so conflict, it might fall within an [employee stock ownership plan] fiduciary’s duty—even if the securities laws do not require it.”

In his concurring opinion, Gorsuch wrote that the Supreme Court didn’t rule that a lawsuit “may proceed anytime a plaintiff is able to conjure a hypothetical helpful action that would’ve been consistent with the securities laws.”

Gorsuch wrote that the Second Circuit should examine the securities law issue because if it isn’t “addressed immediately on remand, it will only prove unavoidable later.”

The Jander case was one of three dealing with ERISA on the Supreme Court’s docket for the current term, which began in October 2019.

In Thole v. U.S. Bank, heard Jan. 13, a lawyer for defined benefit plan participants said his clients should be allowed to sue plan administrators for fiduciary breaches even though the retirement plan is financially healthy and participants have not lost money.

In Intel Corporation Investment Policy Committee v. Sulyma, justices seemed unreceptive to arguments Dec. 4, 2019, that a six-year limitation for plan participants to sue over mishandling investments should be halved if participants had “actual knowledge” of the misbehavior complained of sooner.