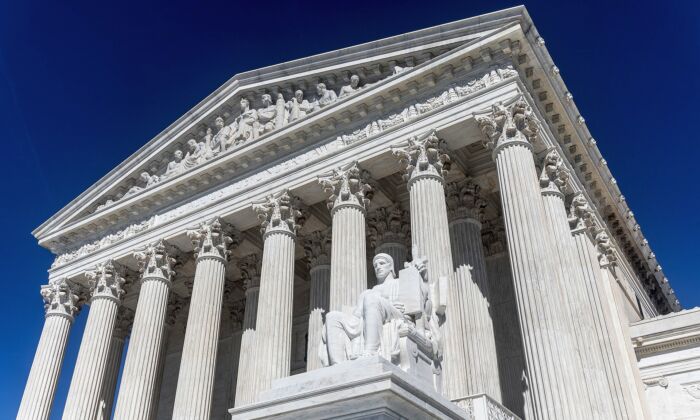 Yeshiva University in New York will have to recognize an LGBT student club on campus—at least while litigation proceeds in lower courts—after the U.S. Supreme Court abruptly reversed itself on Sept. 14, lifting a stay it had granted five days earlier.

While four conservative justices dissented, two conservative court members, Chief Justice John Roberts and Justice Brett Kavanaugh, voted with the majority in finding that the application to block a lower court ruling was brought too soon.

Founded in 1897, the Orthodox Jewish university describes itself in court documents as “the world’s premier Torah-based institution of higher education.”

The word “yeshiva” itself refers to a traditional Jewish religious school.

Recognizing the LGBT student organization would violate its religious teachings, the school argues.

“This Supreme Court decision is a victory for Yeshiva University students who are simply seeking basic rights that are uncontested at peer universities,” Rosenfeld told The Epoch Times by email.

“A majority of the Supreme Court has ruled that this case must go through the normal state process, rejecting the university administration’s unprecedented, premature, and harmful rush to the highest federal court in the country.

“We are confident that we will continue to overcome the administration’s aggressive litigation strategies against its own LGBT students, who choose to attend Yeshiva University because they are committed to the school’s mission,” Rosenfeld wrote.

“At the end of the day, Yeshiva University students will have a club for peer support this year, and the sky is not going to fall down. No longer will students be denied a safe and supportive space on campus to be together.”

University officials didn’t respond by press time to a request by The Epoch Times for comment.

In June, Judge Lynn Kotler of the 1st Judicial District of the New York Supreme Court determined that the university wasn’t a bona fide religious corporation so it was, therefore, not exempt from the public accommodation provisions of the New York City Human Rights Law, which forbids discrimination based on sexual orientation and gender identity.

Kotler, a Democrat, ruled that even though the university is “religious” and “at first blush” appeared to be exempt from the law, its “organizing documents” do not “expressly indicate that Yeshiva has a religious purpose.”

Justice Sonia Sotomayor, who oversees emergency applications from New York and two other states, put Kotler’s ruling on hold on Sept. 9. She provided no reasons for her decision in the application known as Yeshiva University v. YU Pride Alliance (court file 22A184).

But when the emergency request went before the full Supreme Court on Sept. 14, the court voted 5–4 in an unsigned order to withdraw the stay “without prejudice to applicants again seeking relief from this court if, upon properly seeking expedited review and interim relief from the New York courts, applicants receive neither.”

“The application,” the new order continued, “is denied because it appears that applicants have at least two further avenues for expedited or interim state court relief.”

“Does the First Amendment permit a state to force a Jewish school to instruct its students in accordance with an interpretation of Torah that the school, after careful study, has concluded is incorrect?” Alito wrote.

“The answer to that question is surely ‘no.’

“The First Amendment guarantees the right to the free exercise of religion, and if that provision means anything, it prohibits a state from enforcing its own preferred interpretation of Holy Scripture.

“Yet that is exactly what New York has done in this case, and it is disappointing that a majority of this court refuses to provide relief.”

The university has a strong case, Alito added.

“At least four of us are likely to vote to grant certiorari [i.e. review] if Yeshiva’s First Amendment arguments are rejected on appeal, and Yeshiva would likely win if its case came before us.

“A State’s imposition of its own mandatory interpretation of scripture is a shocking development that calls out for review,” the justice wrote.

“The Free Exercise Clause [of the First Amendment] protects the ability of religious schools to educate in accordance with their faith.”