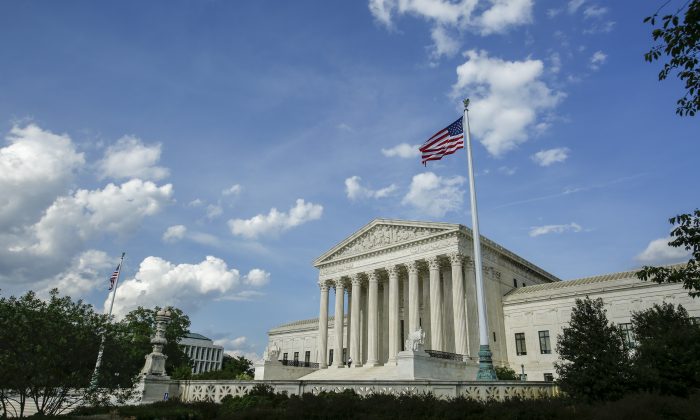 Supreme Court Requires Medicare to Use Notice and Comment in Rulemaking

WASHINGTON—The Supreme Court sided with a Midwestern hospital chain on June 3, finding that the U.S. Department of Health and Human Services changed its Medicare hospital reimbursement formula improperly because it failed to first conduct the required formal notice-and-comment rulemaking process.

Minneapolis-based Allina Health Services, a nonprofit health care system that runs 13 hospitals and more than 90 clinics in Minnesota and western Wisconsin, challenged the formula-changing decision made by the Obama administration in 2013.

The company claimed it had been shortchanged by as much as $4 billion as a result of the improperly executed policy change. Allina had asked the Provider Reimbursement Review Board for relief, but the entity said it lacked jurisdiction to hear the case. Allina took the matter to a U.S. district court, eventually losing at the appellate level.

The Trump administration defended the policy decision and a ruling by the U.S. Court of Appeals for the District of Columbia Circuit during oral arguments before the Supreme Court on Jan. 15.

The 7–1 opinion in Azar v. Allina Health Services was written by Justice Neil Gorsuch. Justice Stephen Breyer filed a dissent. Justice Brett Kavanaugh, who participated in the case at the circuit court level, didn’t participate in the case before the high court.

Medicare, Gorsuch wrote, is the largest federal program after Social Security, spending about $700 billion annually to provide health insurance for almost 60 million aged or disabled Americans, which is almost one-fifth of the nation’s population. The program “touches the lives of nearly all Americans” and Congress is protective of it, he wrote.

When the government wants “to establish or change a ‘substantive legal standard’ affecting Medicare benefits, it must first afford the public notice and a chance to comment,” he wrote.

In this case, in 2014, the government announced “a new policy on its website that dramatically—and retroactively—reduced payments to hospitals serving low-income patients.” Because members of the public affected by the change received no advance warning and no chance to comment first, and because the government failed to identify “a lawful excuse for neglecting its statutory notice-and-comment obligations, we agree with the court of appeals that the new policy cannot stand.”

Nicholas Bagley, a law professor at the University of Michigan, said the new ruling will burden the federal Medicare agency, known as the Centers for Medicare and Medicaid Services (CMS), and make implementing the program more difficult, according to The Hill.

“Bear in mind that CMS is a tiny, beleaguered agency. … To further encumber it will make Medicare more capricious, not less, as staffers tend to senseless procedures instead of doing their jobs,” Bagley wrote.

HHS Secretary Alex M. Azar asked the Supreme Court to review the circuit court ruling that determined his agency ran afoul of the Medicare Act by skipping the notice-and-comment rulemaking process. It’s the administration’s position that the formal rulemaking process wasn’t required by the statute.

The case could have larger ramifications that could “substantially undermine effective administration of the Medicare program” if members of the Supreme Court were to buy into the legal reasoning advanced by Allina, U.S. Solicitor General Noel J. Francisco argued in a brief.

If CMS were legally bound to carry out a notice-and-comment rulemaking in this case, it could also face the unreasonable burden of having to conduct rulemaking processes frequently in its everyday business, which would be disruptive and counterproductive, Francisco argued.

Allina disagreed. In court documents, it argued the question at hand is “a unique circumstance,” and therefore, any impact “would be extremely limited” if the Supreme Court were to affirm the D.C. Circuit Court ruling.