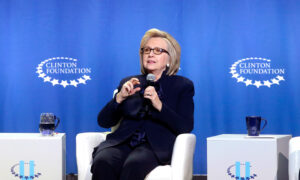 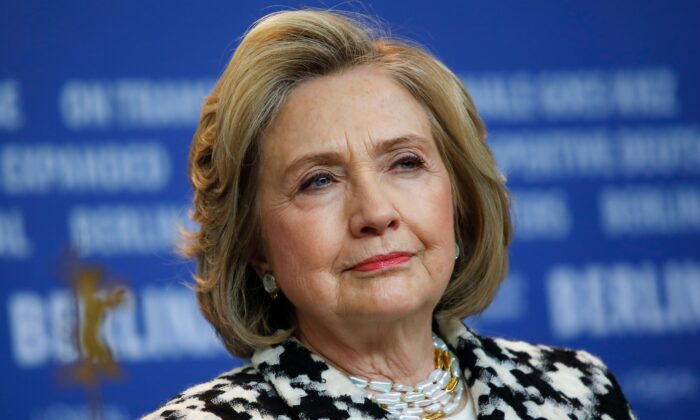 The Supreme Court on March 29 turned down a request to require former Democratic presidential candidate Hillary Clinton to testify in a case regarding the private email server she used to send classified documents while she served as secretary of state.

Justices denied an appeal from the watchdog Judicial Watch. They didn’t explain their decision. The denial was one of about 100 issued by the court.

David Kendall, a lawyer for Clinton, told The Epoch Times via email, “I have no comment: the Court’s decision speaks for itself.”

The Department of Justice, which was representing the State Department, declined to comment.

The decision upheld a lower court’s ruling that Clinton does not have to sit for a deposition over her use of the private email server.

A three-judge panel on the U.S. Court of Appeals for the D.C. Circuit ruled for Clinton and her former aide, Cheryl Mills, in their decision. They said Clinton had already answered questions from Judicial Watch on the matter in a separate court case. Clinton, supplying written answers, said in that case that “the sole reason she used the private account was for convenience,” Judge Robert Wilkins, an Obama nominee, wrote in the panel’s ruling.

The appeals court overturned a ruling from U.S. District Court Judge Royce Lamberth, a Reagan nominee. Lamberth had ordered both Clinton and Mills to sit for depositions.

In a statement in response to the new ruling, Judicial Watch President Tom Fitton said: “Hillary Clinton ignored the law but received special protection from both the courts and law enforcement. For countless Americans, this double standard of justice has destroyed confidence in the fair administration of justice.

“Americans would never have known about Hillary Clinton’s email and related pay-for-play scandals but for Judicial Watch’s diligence. We expect that the Biden State and Justice Departments will continue to protect her and cover up their own misconduct as we press for additional accountability through the courts.”

The existence of the private email server was first uncovered through a lawsuit from the watchdog.

Clinton was secretary of state during the Obama administration. She used an unsecured private email server, breaking government rules, to transmit classified information.

James Comey, the FBI director at the time, announced on July 5, 2016, that the bureau was recommending Clinton not be charged for using the server.

The FBI recommended the Department of Justice not charge Clinton; the department did not.

“Late this afternoon, I met with FBI Director James Comey and career prosecutors and agents who conducted the investigation of Secretary Hillary Clinton’s use of a personal email system during her time as Secretary of State,” the attorney general at the time, Loretta Lynch, said one day after Comey’s announcement. “I received and accepted their unanimous recommendation that the thorough, year-long investigation be closed and that no charges be brought against any individuals within the scope of the investigation.”