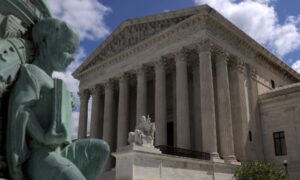 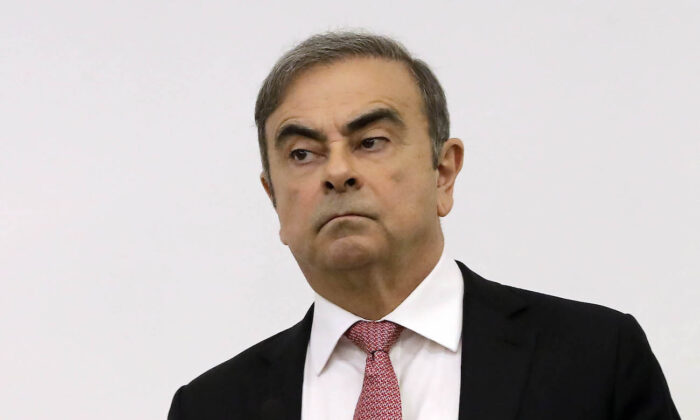 Former Renault-Nissan boss Carlos Ghosn looks on before addressing a large crowd of journalists on his reasons for dodging trial in Japan, where he is accused of financial misconduct, at the Lebanese Press Syndicate in Beirut on Jan. 8, 2020. (Joseph Eid/AFP via Getty Images)
Judiciary

Ghosn, who denies any wrongdoing, was on bail awaiting trial for income tax fraud and misappropriation of Nissan funds when he fled Japan in late December 2019 in a hidden box on a private jet, claiming he wouldn’t enjoy a fair trial and that he experienced harsh treatment in detention. Ghosn is now believed to be in Lebanon where he’s a citizen. Lebanon has no extradition treaty with Japan.

In the case at hand, U.S. military veteran Michael L. Taylor and his son, Peter M. Taylor, stand accused of helping to spirit Ghosn out of Japan. They are currently being held at a Massachusetts prison after being arrested in May 2020.

On Sept. 4, 2020, U.S. Magistrate Judge Donald L. Cabell ruled in the case that the U.S. Department of State could move forward with “the surrender of” the Taylors “on the charge of harboring or enabling the escape of a criminal, in violation of Article 103 of the Japanese Penal Code, according to the provisions of the Treaty between the United States and Japan.”

The Taylors filed a series of appeals. On Feb. 11, the 1st Circuit Court of Appeals refused to stay the extradition, finding that the Taylors were not likely to succeed on the merits of their appeal of the extradition order.

The Taylors had argued in their Supreme Court brief filed the same day that their extradition would be “unlawful because (1) if extradited to Japan, they are likely to be subjected to treatment qualifying as prohibited torture under the United Nations Convention Against Torture … and (2) there is not probable cause to believe that the petitioners committed the offense for which extradition is sought.”

The issues raised by the parties “merit full and careful consideration, and the stakes are enormous for them. The very least the U.S. courts owe the petitioners is a full chance to litigate these issues, including exercising their appellate rights, before they are consigned to the fate that awaits them at the hands of the Japanese government,” they said in the brief.

Michael Taylor told WBZ on Feb. 11, “It’s our suspicion that we will probably be shipped over there in a matter of days. There is no surprise here what is going to happen. They are clearly going to torture us.”

But on Feb. 13, Supreme Court Justice Stephen Breyer denied an emergency application for a stay by the two men in the case known as Taylor v. McDermott, court file number 20A14.

Breyer didn’t explain why he declined to grant the stay.

Japanese law prohibits “torture and other cruel, inhuman, or degrading treatment or punishment” and “there were no reports that government officials employed them.”

“Prison conditions generally met international standards, although some prisons lacked adequate medical care, sufficient heating in the winter or cooling in the summer, and some facilities were overcrowded,” the report stated.