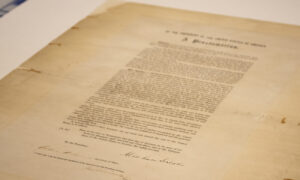 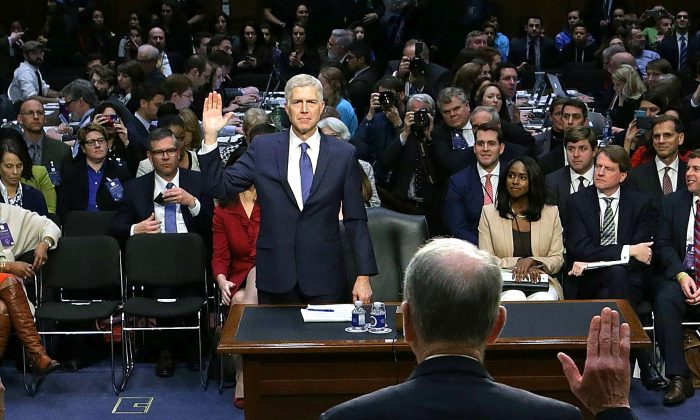 WASHINGTON—U.S. Supreme Court nominee Neil Gorsuch, after two smooth days at his confirmation hearing, will cruise into Wednesday’s session with any questions about his prospects likely shifting from the Judiciary Committee to the full Senate.

President Donald Trump’s high court pick has avoided major pitfalls through many hours of committee hearings, despite tension over how he got there, after Republicans refused last year to consider former Democratic President Barack Obama’s nominee.

After the committee’s senators question Gorsuch again on Wednesday, the panel will hold a closed-door session before final testimony on Thursday from outside witnesses who oppose or support Gorsuch. A committee vote is expected on April 3.

Approval is virtually assured, moving the nomination to the full Senate. There Gorsuch’s challenge will be to gather enough Democratic support to avoid a prolonged floor fight with the potential, if it gets rocky, of changing how the Senate works.

Senate Republican leader Mitch McConnell said on Tuesday that Gorsuch would be confirmed before the Senate’s mid-April recess.

Gorsuch is assured of support from the Republicans who hold 52 seats in the 100-member Senate. But the Senate requires confirmation of Supreme Court justices by 60 votes, meaning Gorsuch would need the backing of eight Democrats.

If the Democrats stand firmly together and oppose Gorsuch, Republicans could reach for the “nuclear option” and change the Senate rules to allow confirmation by a simple majority vote. That is a step some senators are reluctant to take.

Such a move would set a precedent for future Supreme Court nominations. Democrats may hesitate to provoke Republicans into using the nuclear option because it would make it easier for future Trump nominees to be confirmed. Republicans may flinch at the move because it would make it easier for the Democrats, if they should regain Senate control, to win easy approval of their own future Supreme Court nominees.

It is unclear what the Democrats will do. Senate Democratic leader Chuck Schumer said on Tuesday that colleagues were unimpressed by Gorsuch’s committee performance because of his unwillingness to answer substantive questions. “He’s made a very poor impression on most, many of our members,” Schumer said. He repeated his view that Gorsuch would need 60 votes.

If confirmed, Gorsuch, a conservative federal appeals court judge from Colorado, would replace conservative Justice Antonin Scalia, who died in February 2016. His appointment would restore a narrow 5-4 conservative majority on the court. As a lifetime appointee, Gorsuch, 49, would be expected to serve for decades.

In some ways, the fight over Gorsuch is a preview of the even bigger battle to come over the next vacancy. Three members of the current court are 78 or older. Ruth Bader Ginsburg just turned 84. Her fellow liberal Stephen Breyer is 78. The court’s frequent swing vote, conservative Anthony Kennedy, is 80.

If Breyer or Ginsburg were to be replaced by a conservative judge similar to Gorsuch, the court would have a firm 6-3 majority, possibly for decades.

In a marathon session on Tuesday, Democrats probed Gorsuch on abortion, campaign finance and religious liberty. Like other nominees before him, Gorsuch was composed and engaged with senators without giving away his views on how he might vote.

Gorsuch has been questioned on his capacity to be an independent judge in light of Trump’s critical comments about other judges. Gorsuch said on Tuesday he would be independent, saying no man, including the president, was above the law.

“When I became a judge, they gave me a gavel not a rubber stamp,” Gorsuch said.