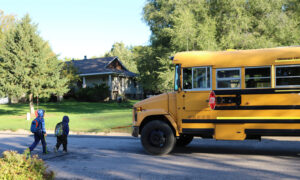 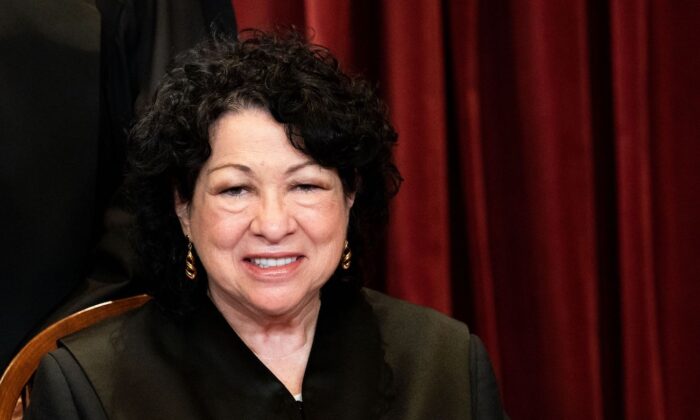 Associate Justice Sonia Sotomayor sits during a group photo of the Justices at the Supreme Court in Washington, D.C., on April 23, 2021. (Erin Schaff/Pool/AFP via Getty Images)
AMERICA

Four teachers filed for the injunction on Thursday with Sotomayor, seeking to stop the mandate from going into effect on Friday.

Sotomayor, an Obama nominee who oversees emergency requests from New York, denied the teachers’ petition (pdf) without comment. She also did not refer the case to the full 9-member court for review.

The decision effectively allows the mandate to go forward.

Vinoo Varghese, an attorney for the teachers, said in an email, “We are disappointed, but the fight for our clients’ due process and those similarly situated will go on.”

The city’s vaccine mandate requires public school workers to be vaccinated against COVID-19 by 5 p.m. on Friday. Otherwise, they would be placed on unpaid leave until September 2022 unless they were approved for a religious or medical exemption.

COVID-19 is caused by the CCP (Chinese Communist Party) virus, also known as the novel coronavirus.

The New York teachers had filed a proposed class-action lawsuit in Brooklyn federal court last month, arguing that mandatory vaccinations violate their rights to due process and equal protection under the law, citing the U.S. Constitution’s 14th Amendment.

The teachers argued that the mandate interferes with their freedom to work in their profession and discriminates against them because other municipal workers who don’t work for schools can opt out of the vaccine by undergoing weekly COVID-19 tests.

The teachers appealed to the Supreme Court after the 2nd U.S. Circuit Court of Appeals, based in Manhattan, denied their case on Monday. The panel did not explain their ruling, which reversed a decision by a federal judge last week to block the vaccine mandate.